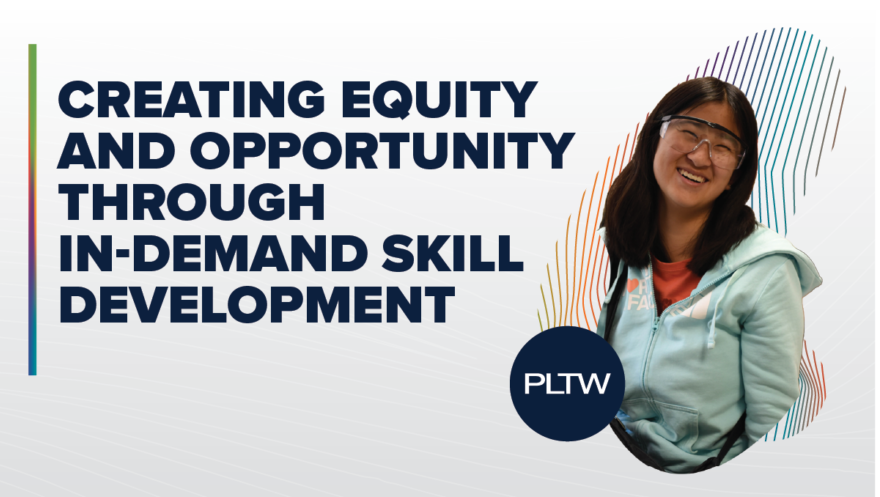 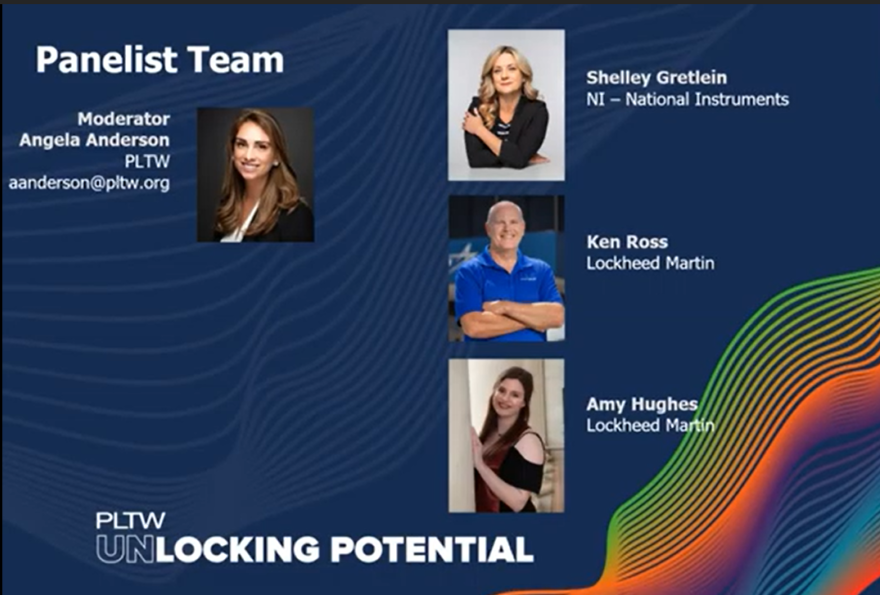 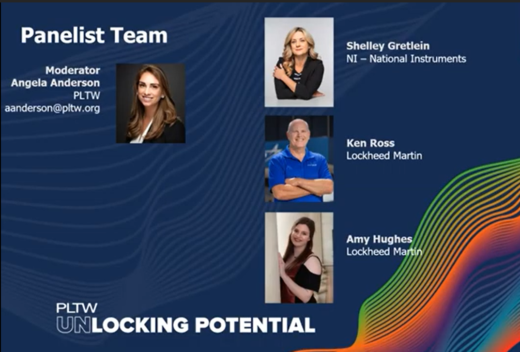 Where do STEM professionals see the biggest challenges or successes in developing in-demand, transportable skills in the future workforce? Last month, representatives from PLTW Transformative Partners Lockheed Martin and NI discussed how educators and industry leaders can come together to create equity and opportunity for students through in-demand skill development.

“Transportable skills include collaboration, problem-solving, critical and creative thinking, ethical reasoning, and communication, and are among the most sought-after and valued skills in the job market… 85 percent of all industries seek out at least one of these skills, and 91 percent of STEM occupations seek at least one of these skills as well.” - PLTW Director of Partnerships Angela Anderson, Panel Moderator

The panel convened as part of the Texas Girls Collaborative Project’s 5th Annual Texas Women and Girls in STEM Summit. The Summit brought together representatives from industry, K-12, higher education, and non-profit organizations to share best practices and showcase efforts to increase and retain the number of girls and women in STEM.

“There’s educational inequity when we talk about (transportable) skills… The economically disadvantaged students in particular often lack access to this engaging, hands-on learning experience and curriculum that is really effective.” -Shelley Gretlein

To address these inequities, NI provided PLTW with grant support to bring PLTW programs to more schools that support underserved and underrepresented students in central Texas over the next four years.

Lockheed Martin Systems Engineer Amy Hughes began her career with the company while still in PLTW classes in high school. She was part of the first cohort of interns in Lockheed Martin’s high school internship program, which began in partnership with PLTW and Arlington Independent School District in Arlington, Texas. In that first cohort of five interns, Amy was the only female. She continued as an intern through college and signed onto the company with a full-time position as a software engineer upon graduation.

“I have had too many mentors to count at Lockheed Martin and each one of them has been a huge impact. I still talk to each and every one of them even, you know, years later… That mentoring at Lockheed Martin is a really big thing that really did help a lot. So, from the day I started as a high school intern, Lockheed Martin assigned us a mentor, and they were mostly from the ELDP, which is the Engineering Leadership Development Program… It was very inspiring. And of course, I got assigned a female mentor, which I was pretty excited about, to hear her story and where she is. And where she is now, you know, she’s already a senior manager and it’s only been a few years.” -Amy Hughes

While Amy was the only girl in her internship cohort, the program has grown and currently hosts about 50 interns, about half of whom are female.

Lockheed Martin Aeronautics’ Communications and Public Affairs Director Ken Ross is responsible for leading the development and execution of integrated programs that provide and support a positive employee experience. This includes several internal and external initiatives such as mentorship opportunities and the high school internship program.

“When these students come in in high school, the objective is that when they graduate from college with a STEM degree, they come and work for Lockheed Martin. Since 2014 to the present, we’re at about a 75 percent retention rate, which is huge because when you look at somebody in high school who says they want to be an engineer, two years later - world could change; they could want to do something else. And that’s understandable. But I think the experience with Project Lead The Way, especially if they start earlier… they do have an interest… they have some background to make that decision.” -Ken Ross

Each panelist brought a unique perspective on opportunities to mentor and encourage girls in STEM and support women as STEM professionals.

“There are crucial periods in young women’s lives – the data shows fourth grade is where a girl chooses a STEM path. We have to think about how to get young women interested in STEM careers, then provide curriculum like Project Lead The Way offers. Once they are interested, we can get them into internships so they’re learning hands on. It’s a whole step process and it’s a funnel that feeds diverse talent.” -Shelley Gretlein