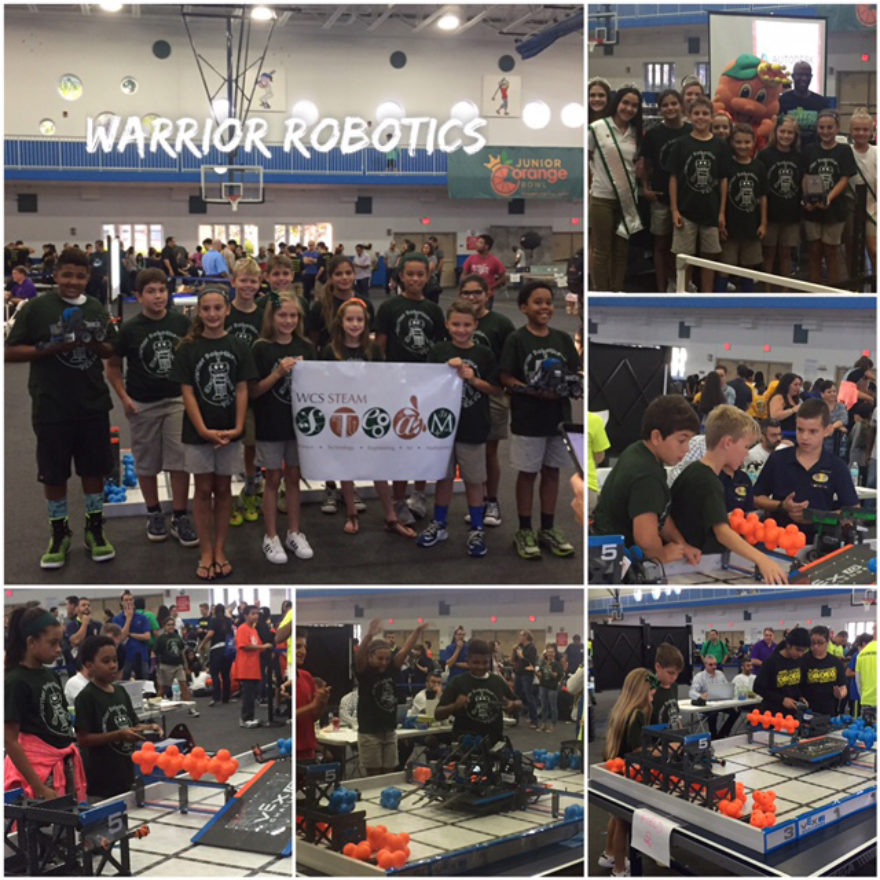 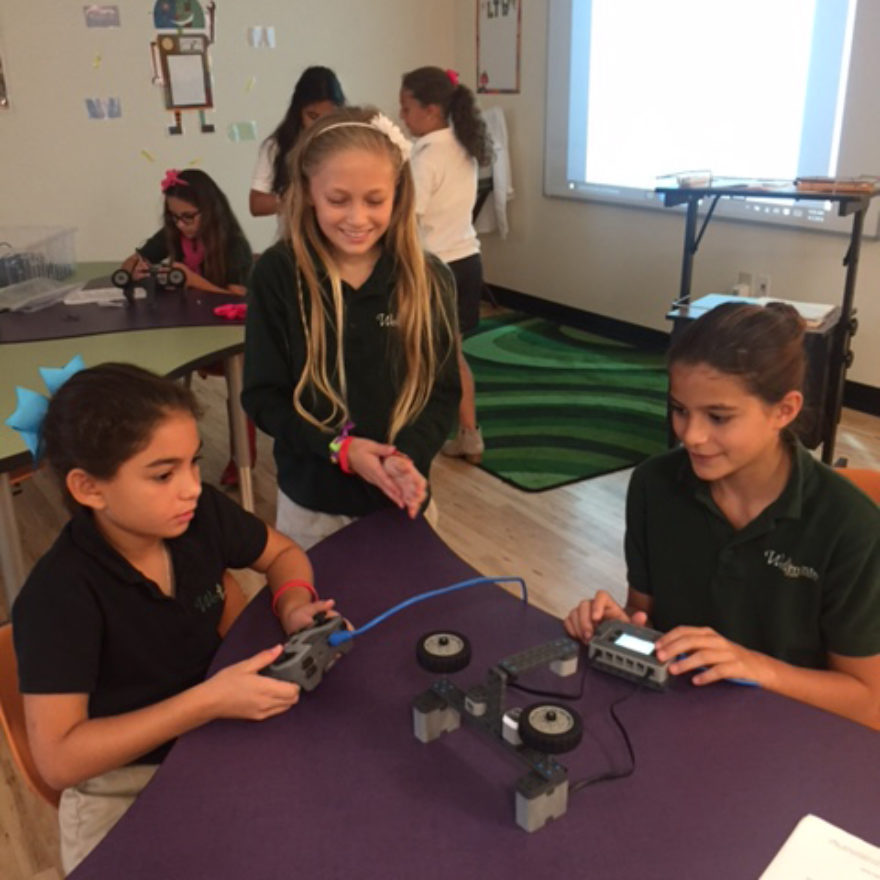 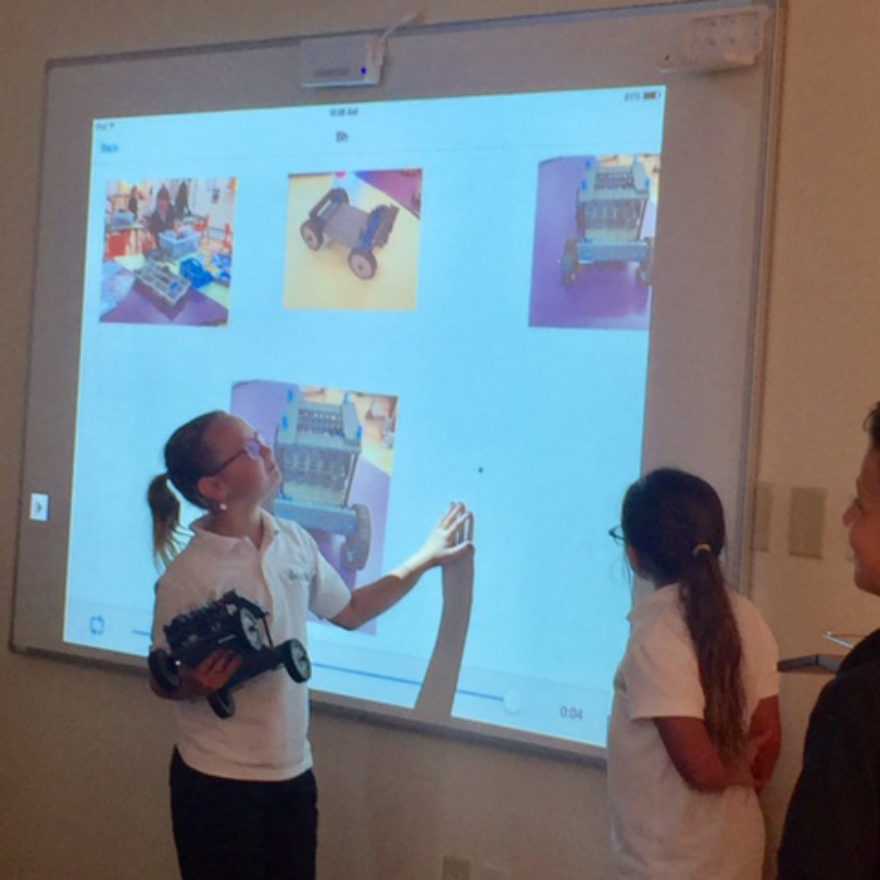 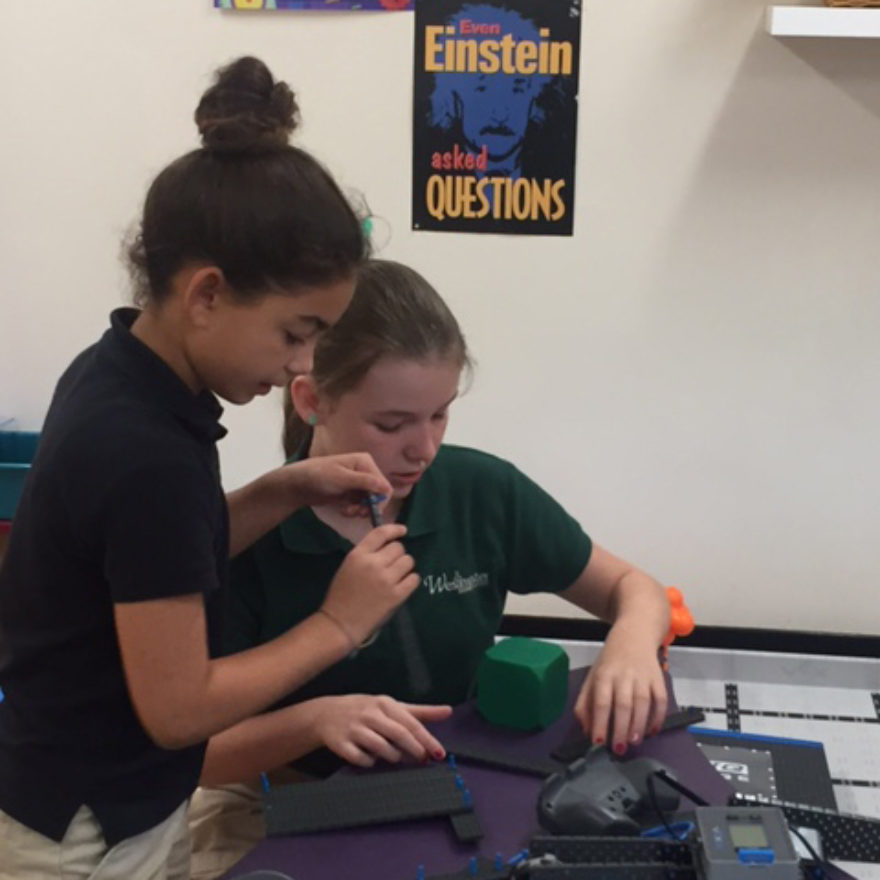 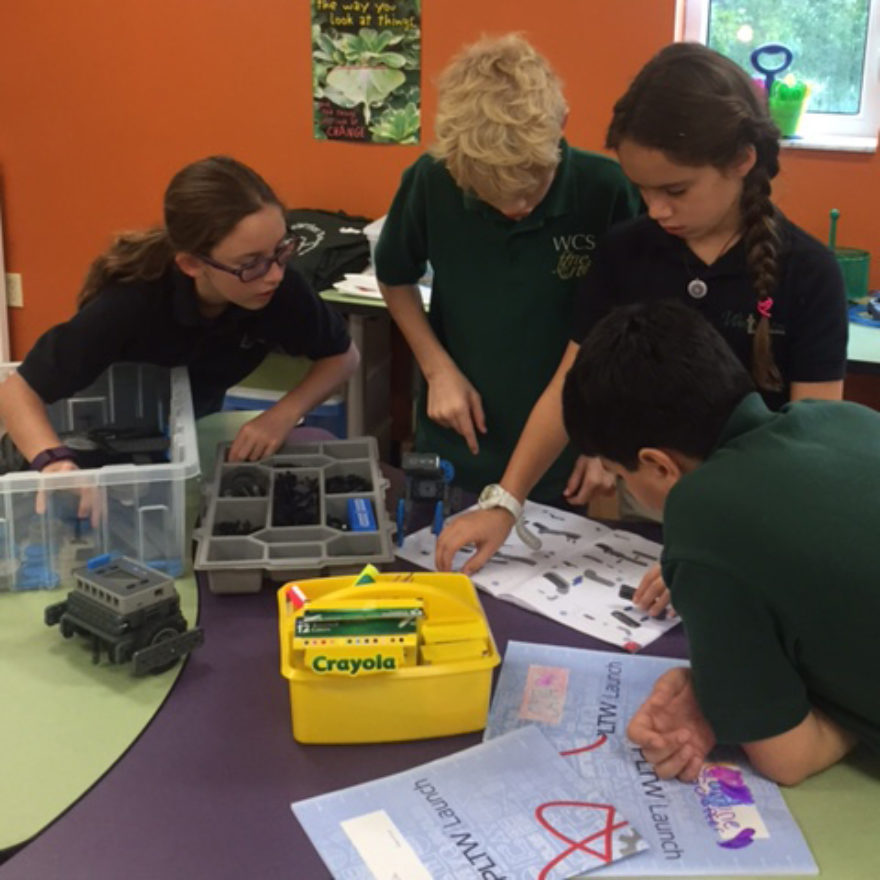 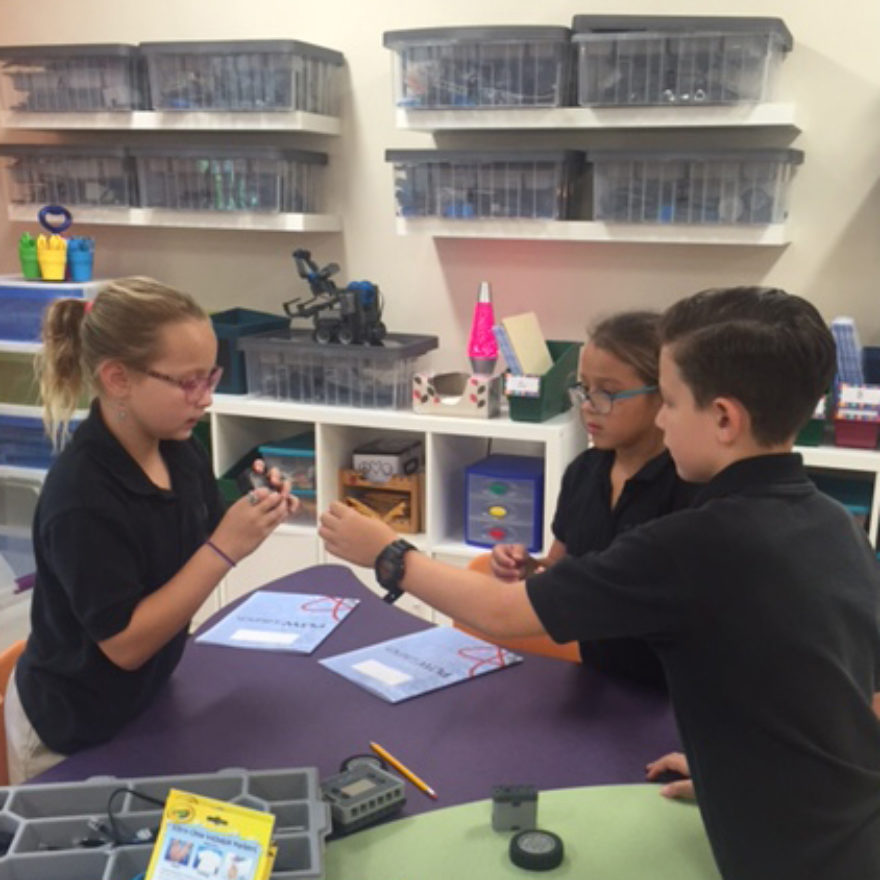 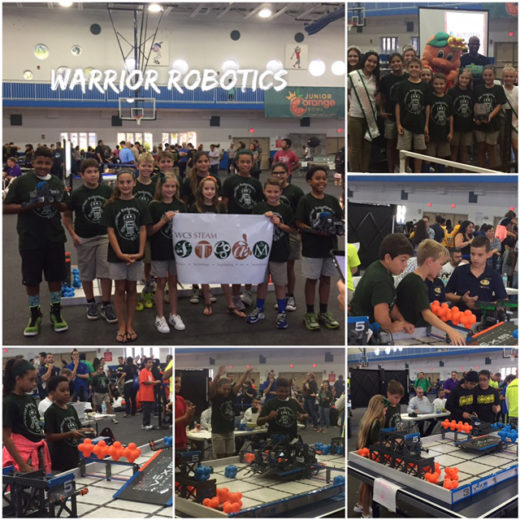 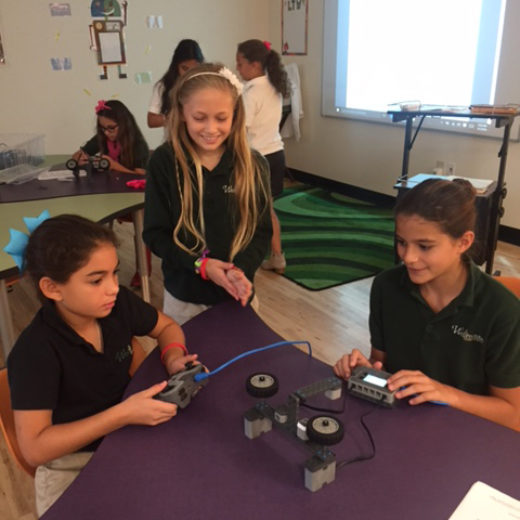 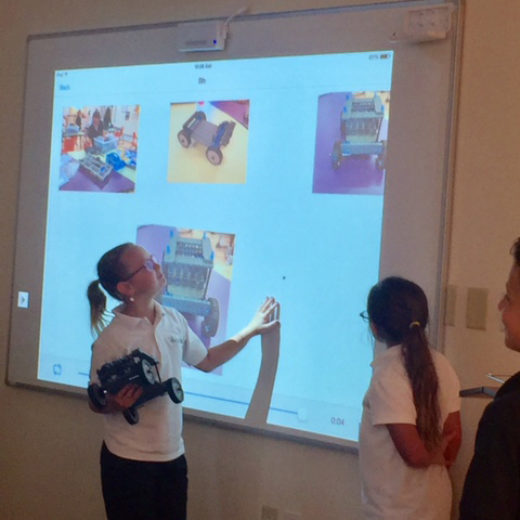 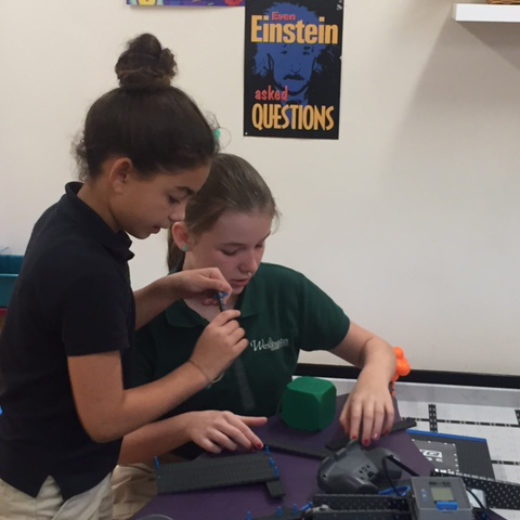 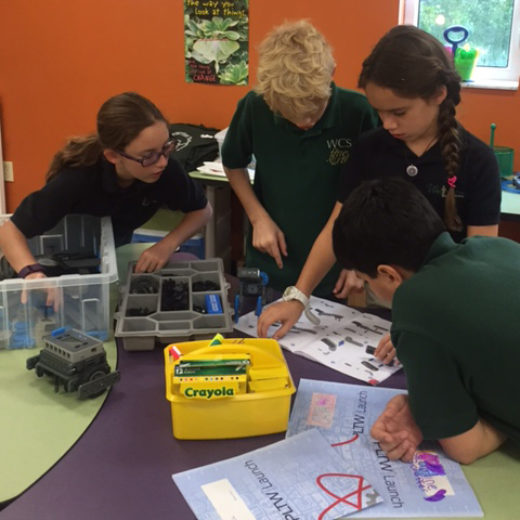 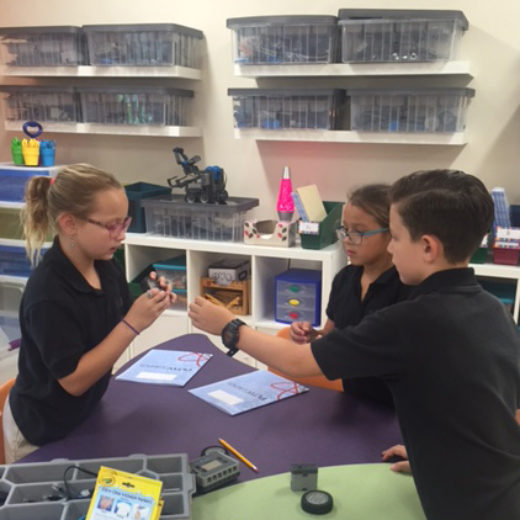 As we planned for the new school year, my principal and I explored opportunities to implement project-based learning for students in first through fifth grade. Designing toys, building robots, and learning how to program seemed like such an arduous endeavor for fourth and fifth graders to complete in 30 minutes per day. Always up for a challenge, though, I agreed to implement the PLTW Launch program at our school. My mind raced with questions, concerns, and sheer excitement all rolled up into one crazy emotion.

After completing the PLTW Launch Lead Teacher Professional Development led by PLTW experts, I knew how to program on an EV3, but I had never built a VEX IQ robot let alone programmed one. That was the last activity in the module, so I had time to practice. The videos provided in the PLTW Launch curriculum as well as resources provided by the Carnegie Mellon Robotics Academy set my apprehension to rest. I was ready for the eager, inquisitive minds of 9- and 10-year-olds. Bring it on!

Five months later, the students in my class have built the Test Bed to explore all the sensors in the VEX IQ kits; designed and built a toy; presented their toy design using Lensoo; designed and built a robot using the Engineering Design Process infused throughout the PLTW program; and started learning how to program their robots using the ROBOTC programming language. They have learned how to work in groups with people that they did not necessarily consider a “friend,” they solved real-world problems through the Environmental Design Challenge, and they have developed a confidence to problem solve on their own before asking the teacher for help. My students ask other groups if they need help and share their ideas with confidence before other children and adults. The life lessons this program has allowed me to share with my students is priceless.

The excitement of the robotics program carried over to students becoming eager to form a VEX IQ competitive team. I listed all the expectations and the commitment that was needed to succeed, as many schools in our area had teams with state rankings. Thirteen students accepted the challenge! We formed two teams, and one of the teams earned a state bid at their first competition. The other team will make a second attempt at the end of January, but all the members work to help each other succeed whether programming, robot design, and/or research needed for the STEM project. The skills they learned from robotics class carried over to their collaboration efforts even though they are actually competing against each other. Excellence is expected of them in all their endeavors, but collaboration is the number one requirement in the program.

Further excitement continued as Westminster Christian School hosted the first ever STEAM night showcasing the PLTW Launch program in first through fifth grade. The students and the parents all had the same question: “When can I build a robot?” Parents sat at the tables and worked on robot designs. Adults and children of all ages took turns “driving” the robots on the playing field. Students from last year asked, “Why didn’t you do this when I was in fifth grade?” The impact the PLTW Launch program has had on the lives of the students is astounding.

This group of students finishes the program at the end of December, and then the other half of the fourth and fifth graders begin the journey. As I reflect on the last several months, I am moved to tears knowing that I had an impact on the lives of these children. I know that the lessons they learned through the PLTW Launch program can be infused into their math, science, or language arts classroom.

As they begin to explore the world of middle school, many students have asked what classes they should take to continue learning how to build and program robots. Parents have asked me how to buy a kit for their kids at home, because they are so excited about what they are learning in the PLTW program. Numerous parents have emailed me with stories of their child blossoming through the skills learned in the robotics program.

Never would I have imagined that in just five short months, the school, the students, and I would have been so transformed by the PLTW Launch program. The possibilities are endless as the year continues and the students continue to challenge me to teach them more. “What else are we going to learn?” Isn’t that something that all educators want to hear?