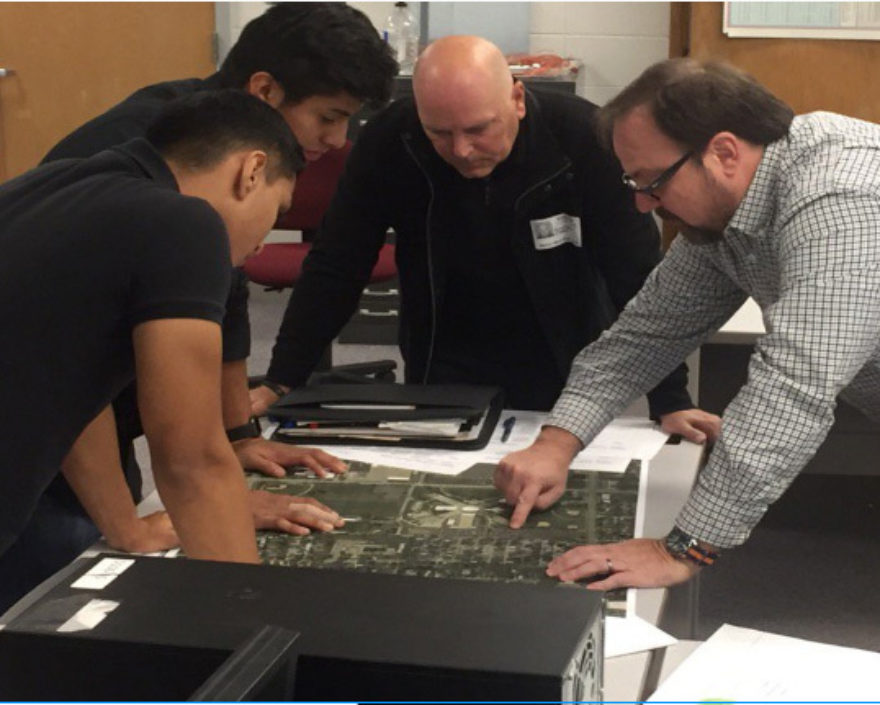 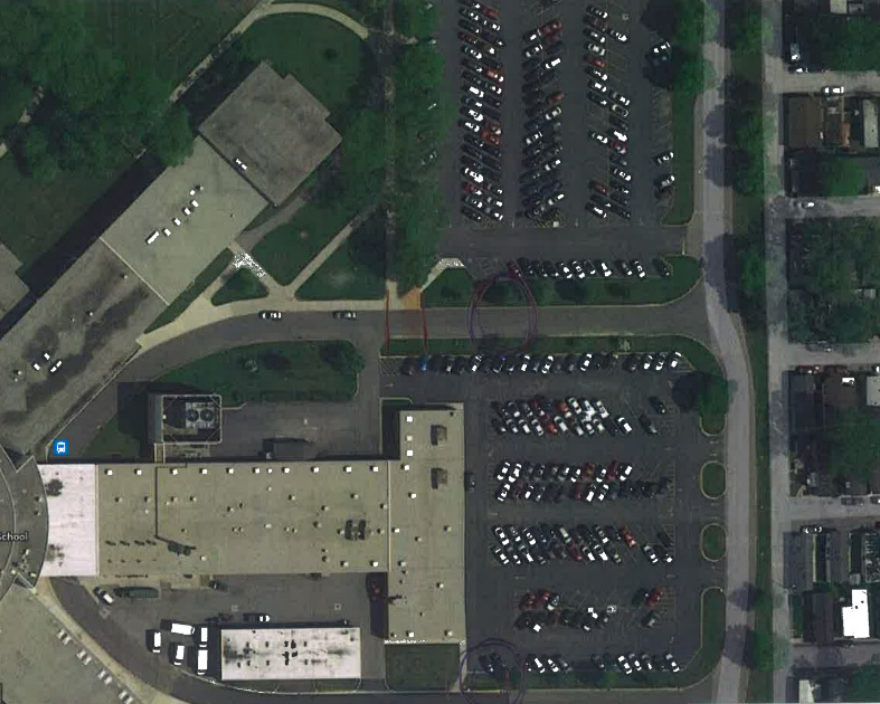 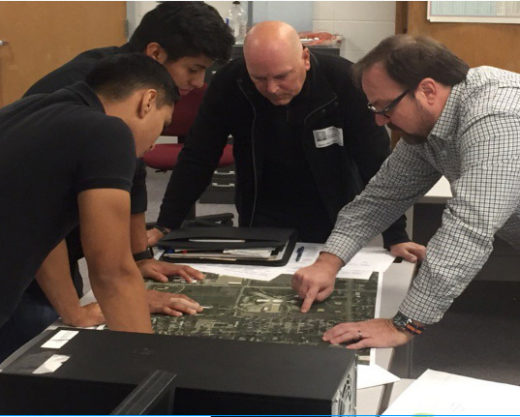 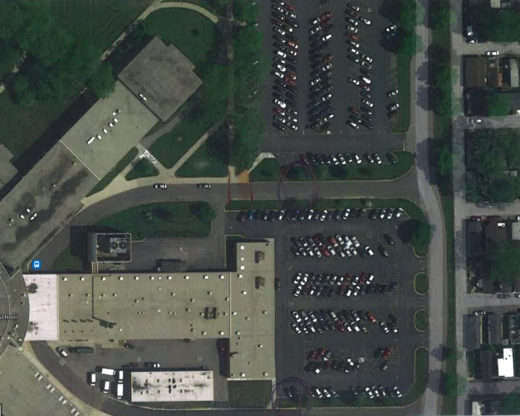 Maine West has been facing a parking lot issue for many years, with students and parents all trying to exit a large space at the same time. With an upcoming summer project to repave the lots, we decided to ask our students to take on the challenge of designing, proposing, and presenting their changes to the superintendent, the school, and the district's directors of buildings and grounds, as well as the district's architect, who had already begun planning for the summer project.

I posed the following challenge to the PLTW instructor, Mr. Joe Pederson: “Is it feasible to have your students take a look at the traffic flow patterns in C-Wing and propose changes for next year? We are going to be repaving that whole space, and we should do something that works with the traffic in and out of there. I don't think we have the money for engineers to do that, so maybe some kids have some ideas?”

He responded positively this way: “We would totally be interested in helping out. I mentioned it to the Civil Engineering and Architecture (CEA) kids, and they were excited. I think I can supplement this idea into the Design Charrette (1.2.2), which is two to three weeks out." He began planning with the students, and groups were formed.

Students were broken up into four groups to explore all of the parking lots, then were told to focus their work on two specific lots. This was the first time we asked our students for help with a building project, and the students were quite impressive with their designs and ideas.

"This is a fantastic project to work on," said one student who was able to view video footage of the parking lot to track data on the most critical times students were leaving and entering the parking lot, and where congestion patterns were.

One proposed solution was to create another exit about halfway through the lot. This would eliminate all cars exiting in the same direction, and would allow a safer exit. Students also suggested a walkway for students and a drop-off zone for parents, so that the two were not interfering with each other. Another group suggested turn lanes be added to the driveway exits, so that students would not need to wait for those turning left into traffic.

"I have wanted to be an architect since I was little and had my own tool belt,” said Dennis, a student who got to meet with the architect after class and who presented the project to all district administrators to illustrate an authentic teaching and learning experience. “To have the opportunity to maybe make change for our own students is incredible."

Bertram Has Talks About Technology in the Classroom