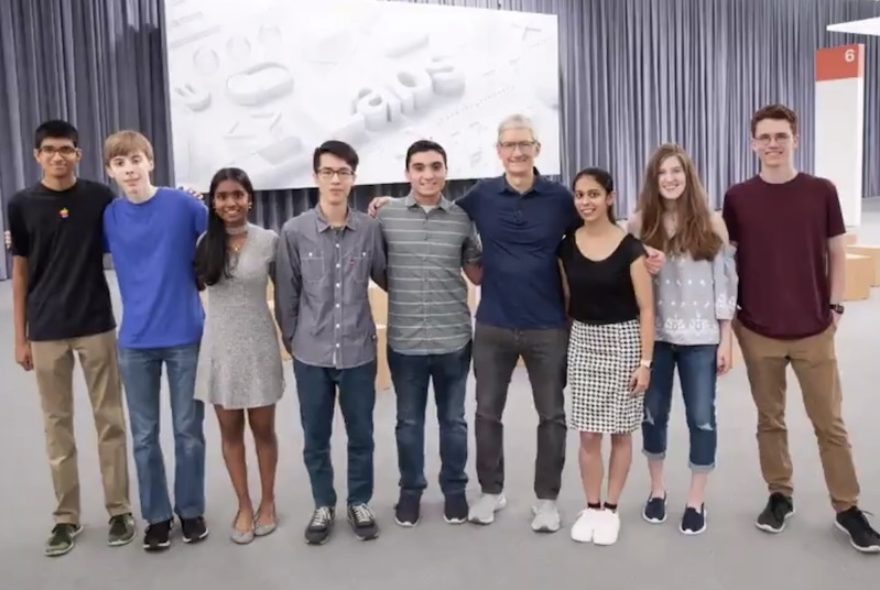 Jun Cuenca is a master’s-prepared registered nurse who teaches PLTW Biomedical Science in the North Orange County Regional Occupational Program at Oxford Academy. He is the adviser of Oxford Academy's HOSA NOCROP, a 2018 Outstanding HOSA Chapter.

Shawn's journey to app development began when his parents – who are both engineers – gave him, for his 13th birthday, an Apple Developer membership to spark his interest in software development and programming. But it wasn’t until he attended PLTW Principles of Biomedical Science that he was introduced to HOSA Future Health Professionals – an international student organization recognized by the U.S. Department of Education and a partner of PLTW – and saw the opportunity to develop an app that would later be his entry to the Medical Innovation competitive event at the 2016 HOSA State Leadership Conference (SLC).

While Shawn built a team that would help him with the project, he single-handedly took charge of developing UV Safe - Sun Protection, an app that reminds users to protect themselves from UV radiation when the UV index is three or greater. He and his team won the bronze medal that year.

The following year, Shawn built Breathe Safe, a set of portable and wearable devices and an app that detects the ambient air quality and alerts users when the air becomes toxic. The innovation won gold at SLC and bronze at the International Leadership Conference (ILC).

Last year, Shawn built Cosmo, a set of artificial intelligence devices and an app designed to improve communication between patients and their caregivers. The innovation won gold at SLC and ILC.

Shawn had also developed the following: Balls and Boxes, a gaming app; Oxford Academy HOSA, an event reminder app, which he developed for the OA-HOSA chapter; Math Functions, a voice calculator app he developed using Google Assistant; and Vysual Assyst, an app that could help the visually impaired. Vysual Assyst was the entry he used that won him a scholarship to Apple's 2018 Worldwide Developers Conference (WWDC18).

Out of the seven apps he developed in the span of three and a half years, UV Safe – his first project – is arguably his most celebrated. UV Safe was recognized in the 2017 Congressional App Challenge. It has also been featured at WWDC18, which gave him the opportunity to speak with Apple CEO Tim Cook, and, recently, was the app that earned him a feature as a developer on the App Store!

Shawn is a senior and an Eagle Scout who enjoys exploring nature, whether through backpacking or scuba diving. He plans to pursue a career in software engineering and use his skills to create devices that will improve the diagnosis and treatment of diseases, primarily through artificial intelligence and machine learning. His ultimate goal is to be among the world leaders in health care informatics who will pave the path to an efficient, affordable, and universally accessible health care delivery system.

As his teacher for Principles of Biomedical Science, Human Body Systems, and Biomedical Innovation and his HOSA advisor, I have seen an extraordinary discipline in this student – which uniquely stands out from a flock of high-achieving students.