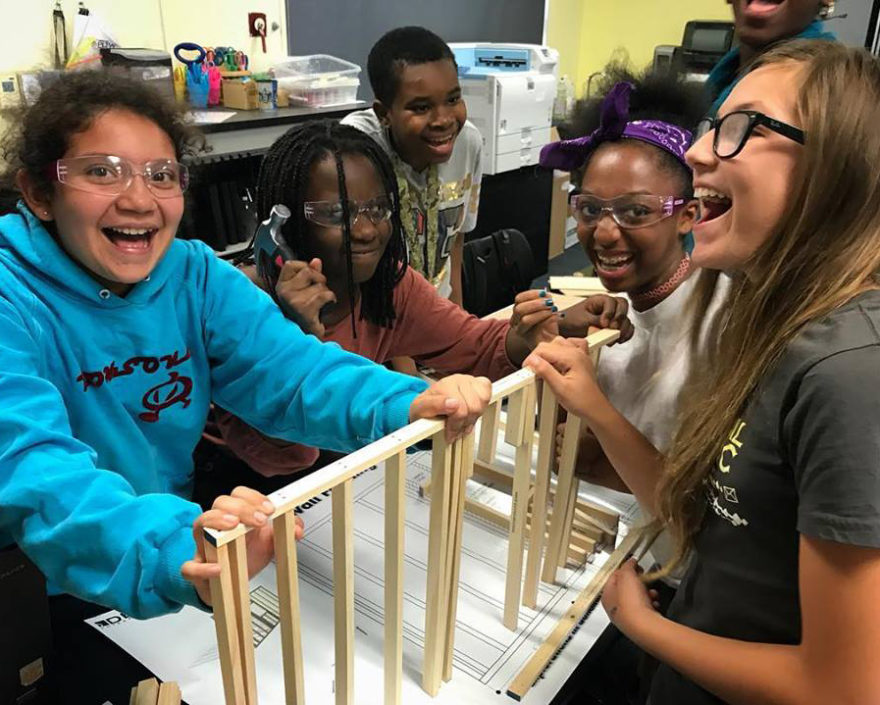 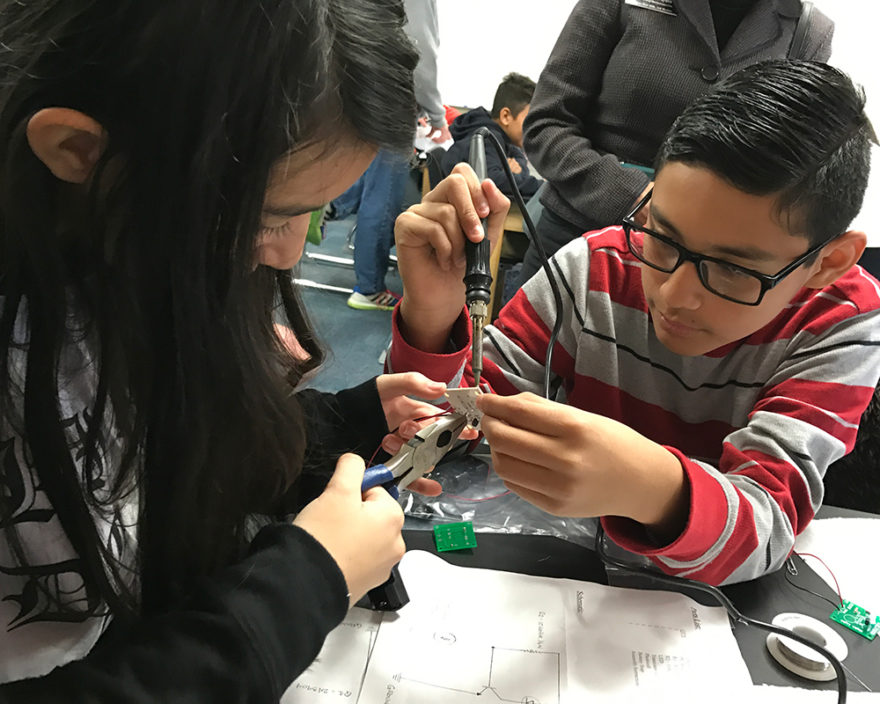 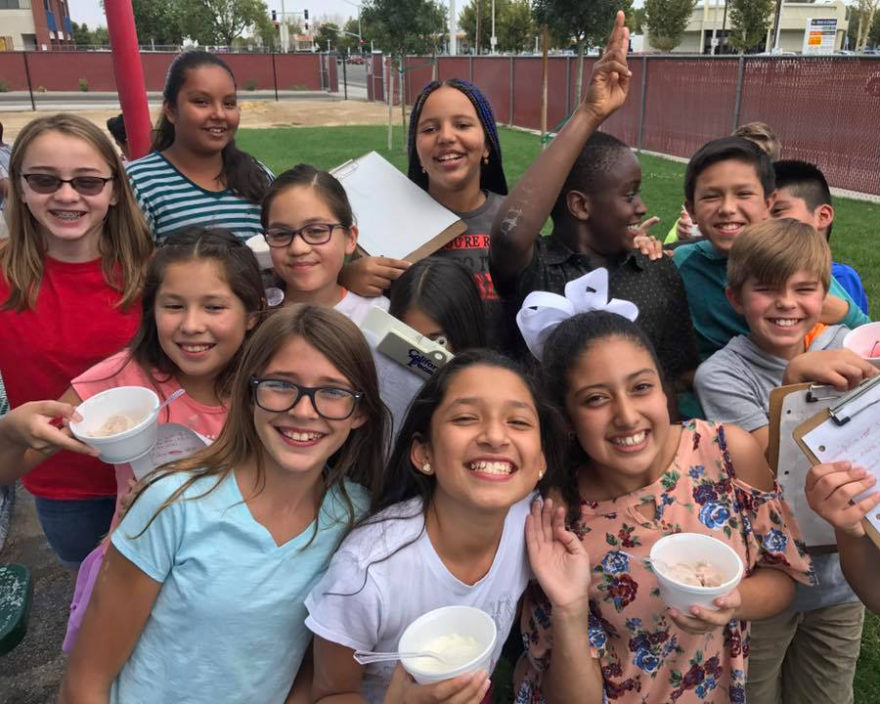 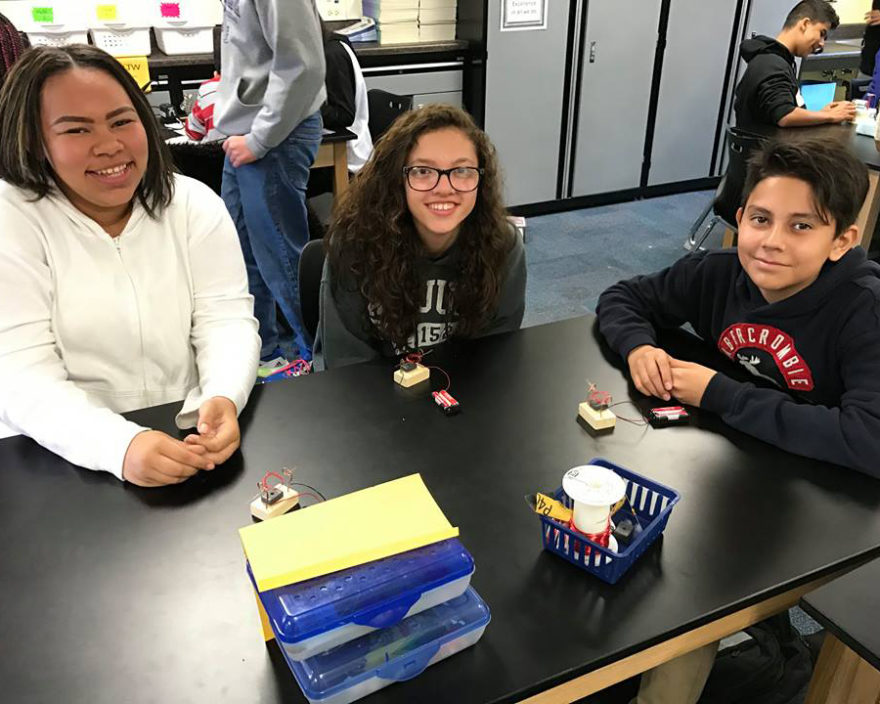 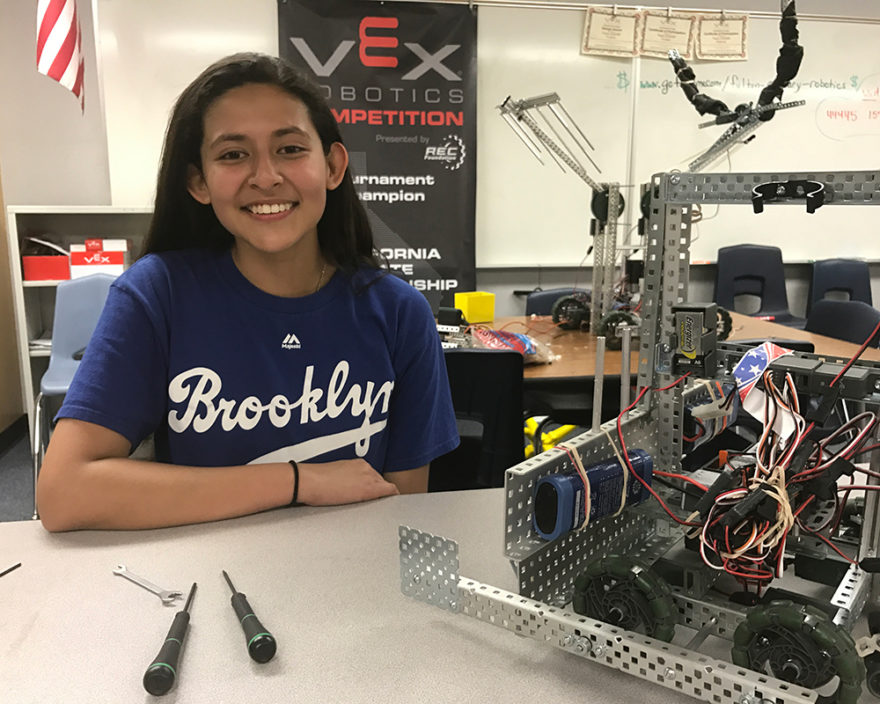 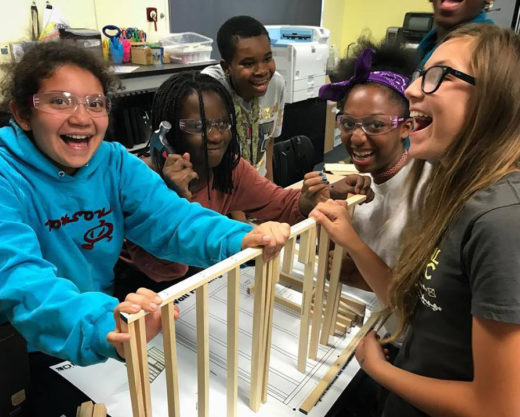 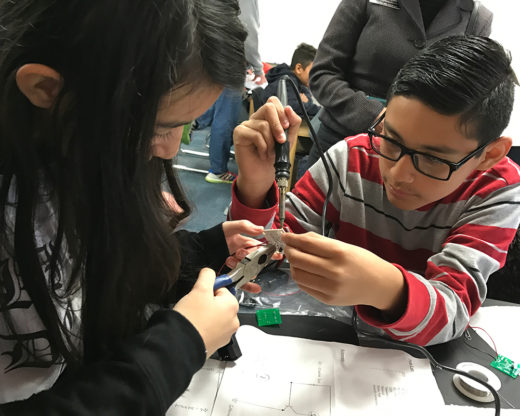 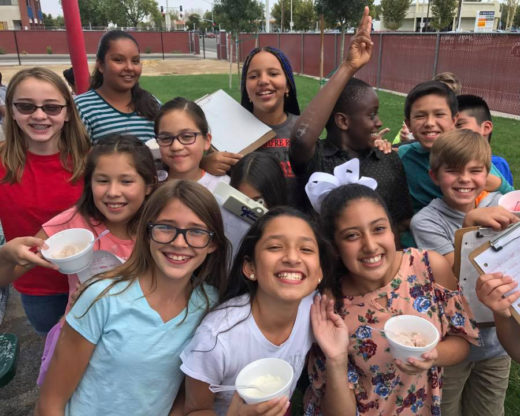 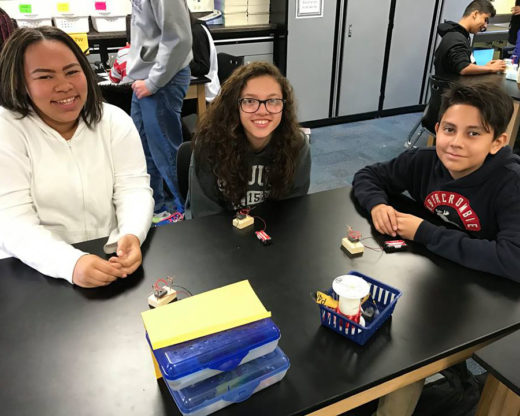 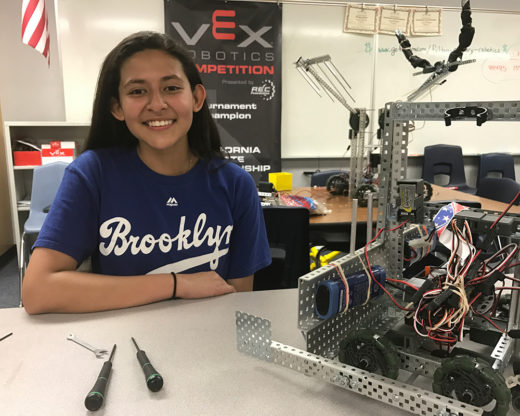 Learn more about the school’s path to success and PLTW’s role in its achievements in our Q&A with Dr. Glatfelter below:

PLTW: How does Fulton & Alsbury Academy encourage students to enroll in PLTW Gateway units?
Glatfelter: Each year, all students at Fulton & Alsbury Academy take three PLTW Gateway units – for nine total – from sixth to eighth grade. This gives them a broad foundation in a number of engineering disciplines. While not all of our students will go on to become professional engineers, these courses teach a host of professional skills – such as effective collaboration and creative problem solving – that have a positive impact.

PLTW: What steps does the school take to ensure equity and access?
Glatfelter: Ensuring equity in our programs is important. Fifty-nine percent of our students are female, 85 percent of our students come from minority backgrounds, and 82 percent are students from low socioeconomic status backgrounds. We share information about our school at district equity events, and we bring student ambassadors who speak about their middle school experience with prospective students at all of the district’s elementary schools. Our guest speakers come from a number of backgrounds with regard to engineering disciplines, gender, and ethnicity.

PLTW: How has PLTW transformed the classroom experience at Fulton & Alsbury Academy?
Glatfelter: When I give our visitors tours of the campus, I often hear, "Wow, I wish I had this as a kid!" That reaction is based on a curriculum and pedagogy that leverages the natural curiosity of young people and causes them to wrestle with real-world problems. Whether it's learning to solder to build a night light, learning 3-D printing so they can build their own switch plates to install in their bedrooms at home, testing DNA to solve a mock crime, or creating an Android app, our students aren't just learning – they're doing. They're makers.

PLTW: How has the implementation of PLTW resulted in improvements in student achievement metrics?
Glatfelter: Although causation might be difficult to prove, we have both correlations and anecdotal evidence that our PLTW coursework is having a profoundly positive impact on student achievement. Students in our program have much higher attendance rates, and students say they feel engaged in their learning. Our state test data is the highest in the history of the school district, and our students are working hard every day, both in their engineering elective and in their other coursework. Our middle schoolers have won scholarships, contests, and robotics championships, giving them confidence in their skills.

For example, Edwards Air Force Base wanted to move its large Medal of Honor plaques to its museum, and they put on a contest for high schools to design a display. We, although a middle school, joined in and developed a sketch, printed a 3-D model, created a video to explain our design, and wrote an essay. Sixty-four students were involved in this project, which replaced the playground build for the PLTW Gateway Design and Modeling unit. Our students beat out five high schools to win, and now their design will be built at Edwards, honoring Air Force recipients of the Medal of Honor. Our students made the front page of the local newspaper.

Past projects have integrated a community element to the Automation and Robotics unit by students designing small animated models of Christmas parade floats that were pulled in wagons during the Lancaster Christmas Parade, and we won the sweepstakes trophy.

In another project, students constructed 4-by-8-foot miniature golf holes using plywood and robotic elements, each for a specific business or customer, such as the Los Angeles Sheriff's Department, the public library, or the local auto shop. Students had a working lunch with the business owner or representative and then built their golf hole to highlight something the businessperson wanted to feature. The culminating activity was an 18-hole golf tournament that included all of the community leaders and our students. This created a sense of accomplishment for our students who were working not only for a grade, but for a client.

PLTW: What advice do you have for schools who are considering implementing PLTW?
Glatfelter: We recommend that those who are interested in PLTW find a school implementing it well and talk with the administration and teachers about what it looks like in practice, how the startup was funded, what hurdles they’ve had to overcome, and what it looks like in the classroom.

District support is important to consider as well, and one of the best things for us when we first started was to create a committee that included teachers, district administration, business leaders, and a high school representative.

Reach out to local businesses and let them know what your program involves. They can be helpful for motivating field trips, and schools can learn the kinds of skills businesses are looking for in future employees. Teachers who are excited about the curriculum can take it to the next level, so choosing the right teachers to facilitate the program is important as well.

The PLTW recognition program is designed to honor districts and schools committed to increasing student access, engagement, and achievement in their PLTW programs. Learn More