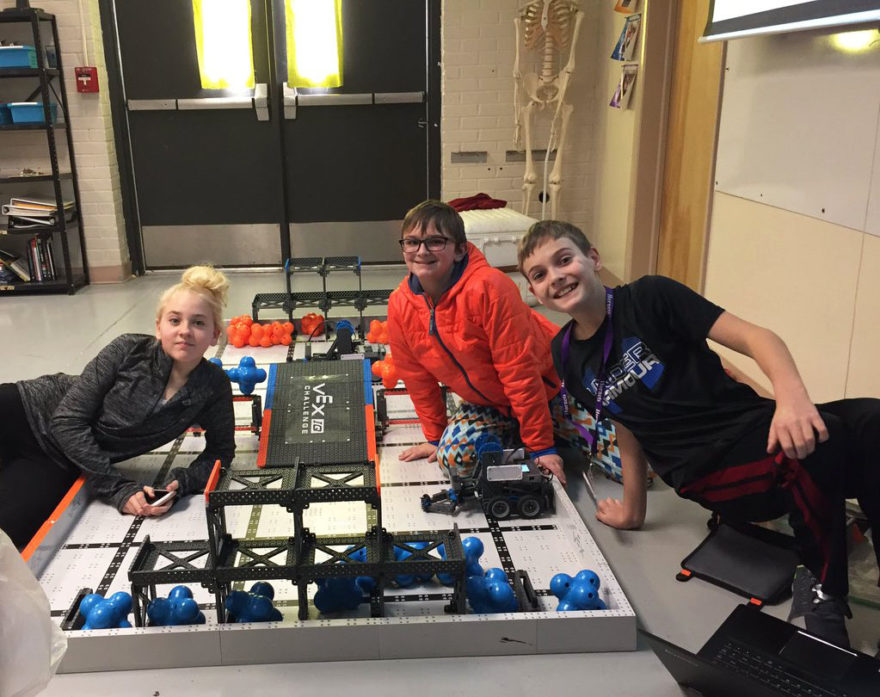 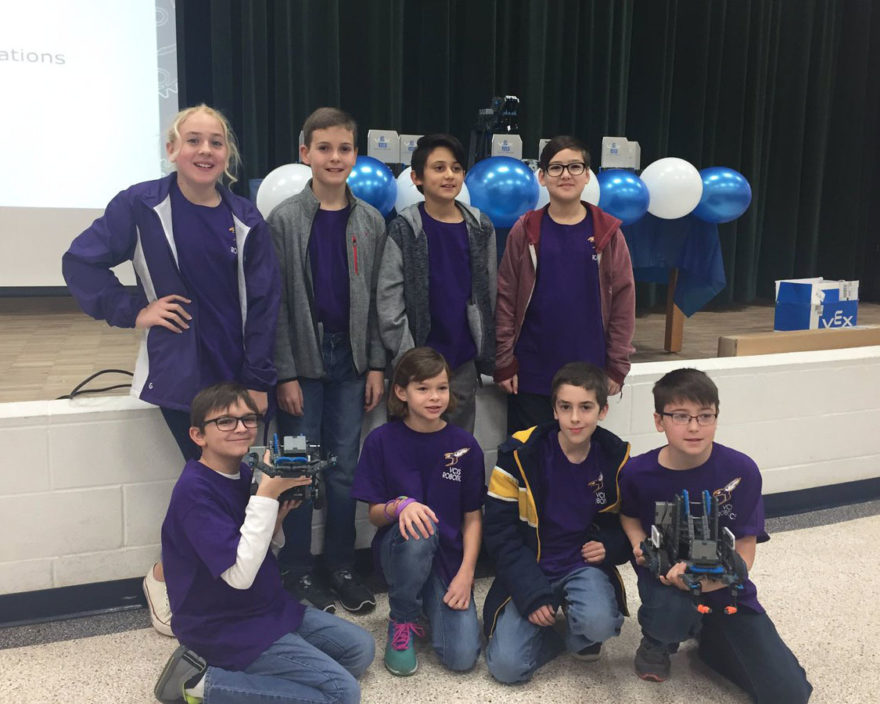 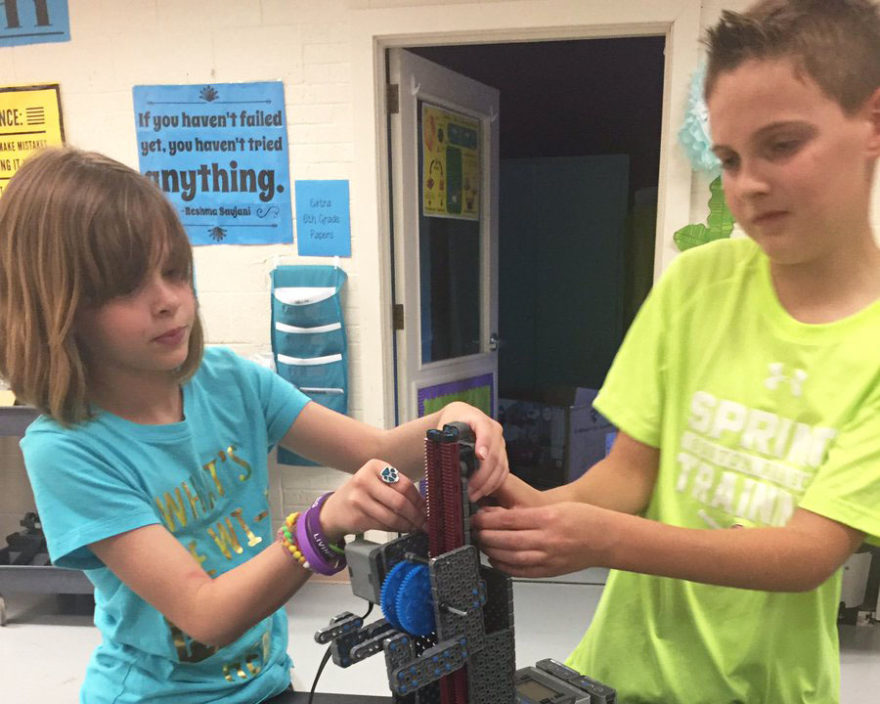 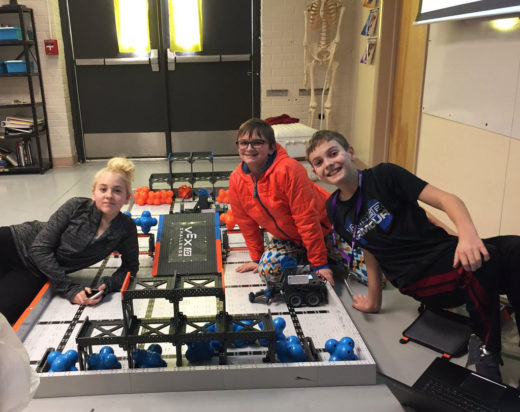 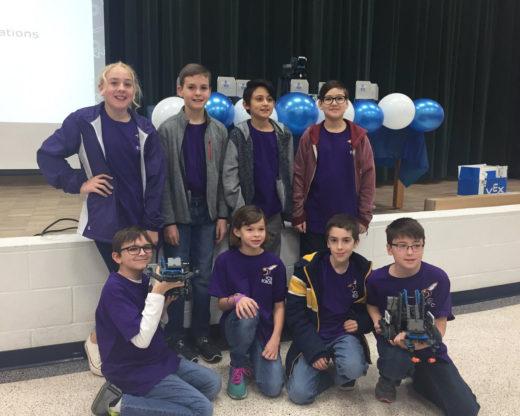 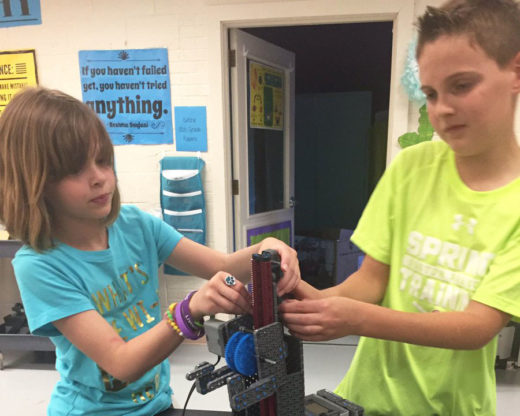 Launching Into a Robotics League

Whitney Smith is a 5th and 6th grade science teacher in Valley Center, Kansas. She is the district elementary and middle school PLTW program coordinator, serves on her district's CTE advisory board, and is a PLTW Launch Master Teacher.

If anyone had told me four years ago that I would become a facilitator for a workshop to help other educators start robotics clubs and expand a robotics league in Kansas, I would have told them that was crazy. But sometimes students are catalysts for crazy things.

I began teaching PLTW Launch when I switched to a full-time science position four years ago. Until then I had not heard of the activity-, project-, problem-based (APB) instructional approach, and I had no experience with robotics. In fact, I may have been intimidated by robotics. After going through PLTW Launch Lead Teacher Training, I gained the self-efficacy needed to start my pursuit as a 5th and 6th grade science educator and to teach the PLTW modules.

I was nervous the first time I taught Robotics and Automation, but as soon as we began the first activity, my students were completely engaged. They wanted to help Mylo, Suzi, and Angelina with their design problem. My students were engrossed in their learning and could not wait until the next class period. They asked me to come in at lunch, before school, and after school to work on their design problem! The APB instructional approach presented the content to my students in a fun and captivating way, and neither they nor I wanted to stop! That is where this all started.

As each class completed the robotics units, my students were disappointed that they had to dismantle the robots they had redesigned. Over the past few years leading to this point, I had already had to expand several classes by adding the opportunity for multiple trials, more modifications, and enhanced criteria and constraints, but that was not enough for my kids. They were thirsty for more! I knew I had to look into other ways to bring robotics experiences to our school, so I decided to start a robotics club. After doing some research into robotics kits and leagues, I settled on VEX kits for Valley Center Intermediate School’s future club use.

The “pilot” club launched last summer. We met for a couple of hours each week to learn about gear ratios, torque, creating mechanisms, and – most importantly – more about working together as a team. My students took what they had learned from their Robotics and Automation unit and ran with it! Soon after, they had applied their learning to modify a Clawbot to play the game and even started requesting “more difficult” programming methods, such as EasyC and RobotC. I am certain that none of this would have happened without our PLTW modules.

Kansas did not have a VEX IQ league at that time, so we drove to Oklahoma for our competitions. My students and their families were incredibly helpful and eager to participate. They gladly made the several-hour trip to our first competition, and our students did pretty well for their first time, scoring 15th and 28th overall (1st and 3rd in the elementary division)!

Over the course of the last year, I have seen my students thrive with PLTW and VEX, so I reached out to our local educational consortium, the REC Foundation, and Wichita State University. After connecting with these entities, we have begun the process of developing a VEX league in Kansas. In July, I will be a lead instructor for a VEX IQ Competition workshop at Wichita State to show teachers how to establish more Kansas VEX IQ teams. We are also in the process of creating several local events in Kansas.

Four years ago, I wouldn’t have imagined myself running a robotics after-school club or conducting workshops to expand VEX, but my students had bigger plans for me. Without PLTW, I would have never started this process, and I am so grateful that I have had these experiences to help my students grow.

PLTW Students Create Device That Could Save Lives

Learning Isn’t Confined to the Classroom