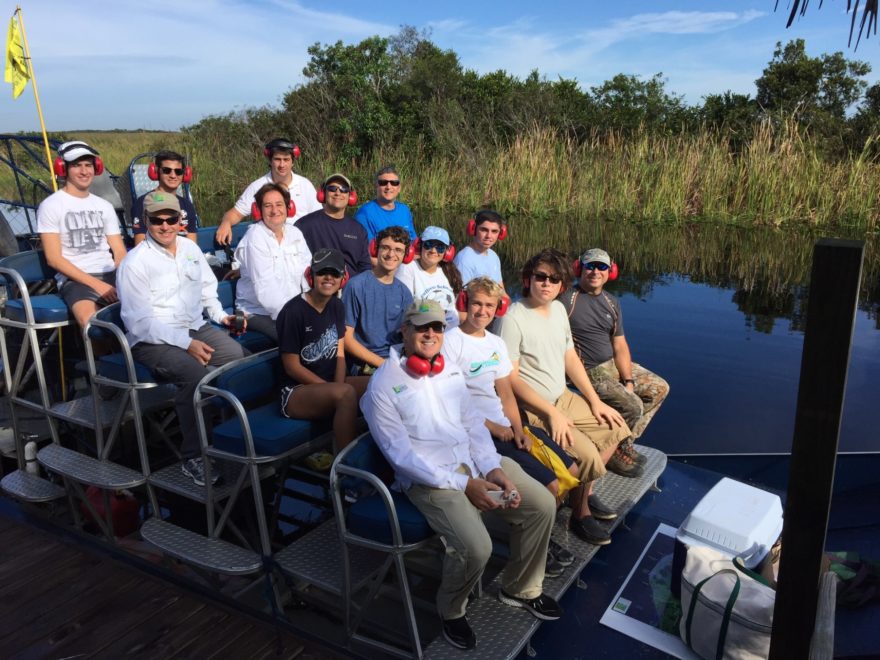 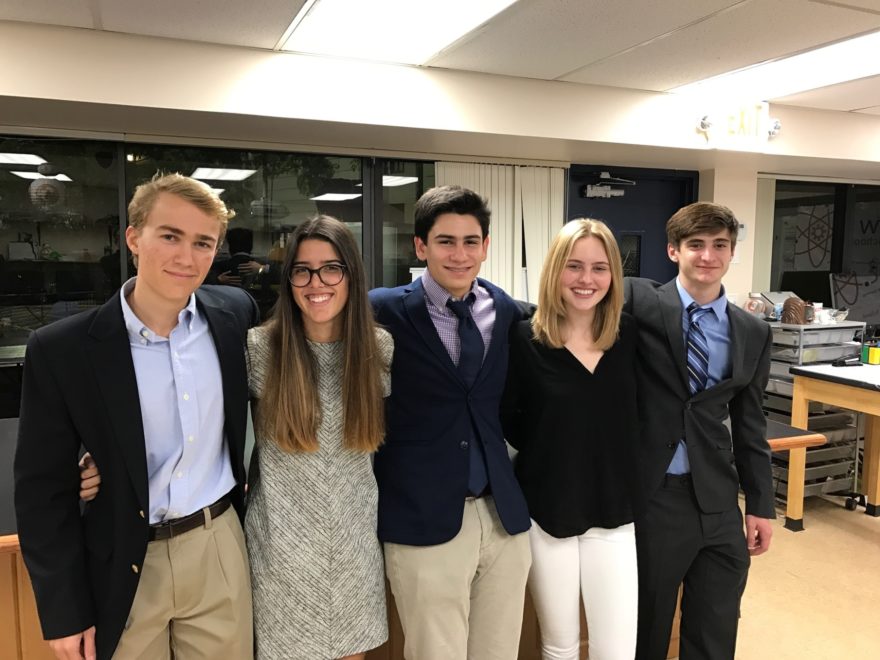 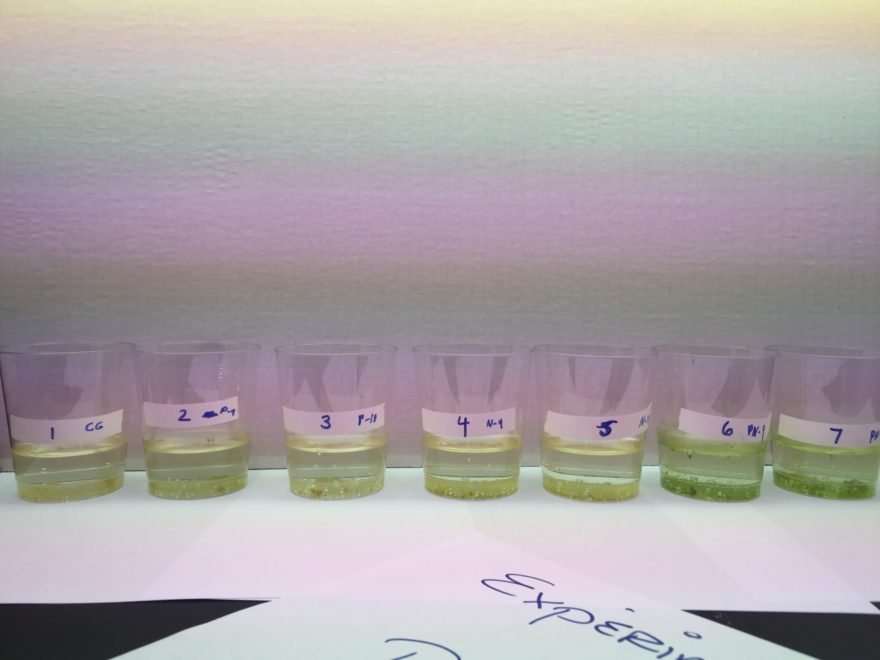 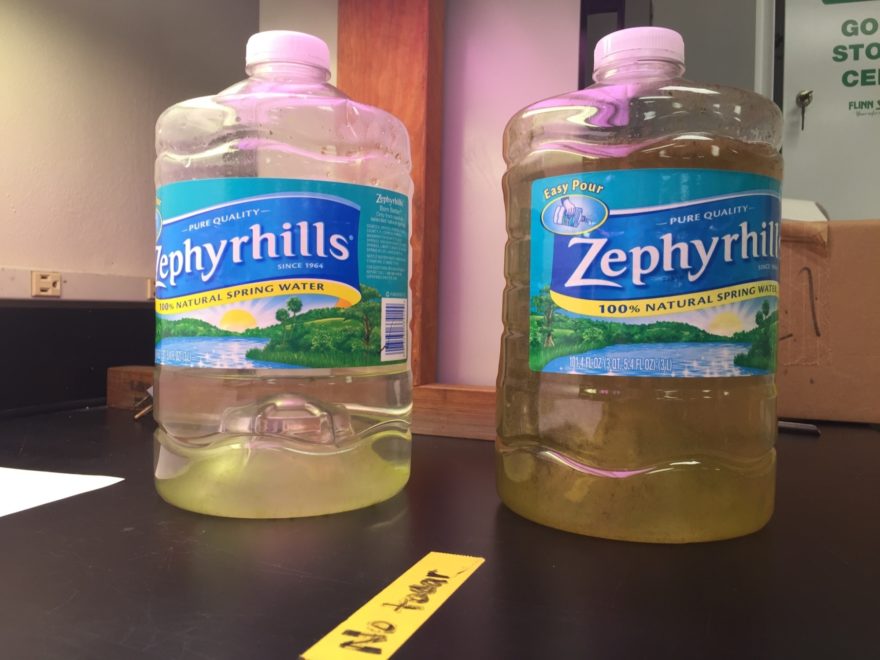 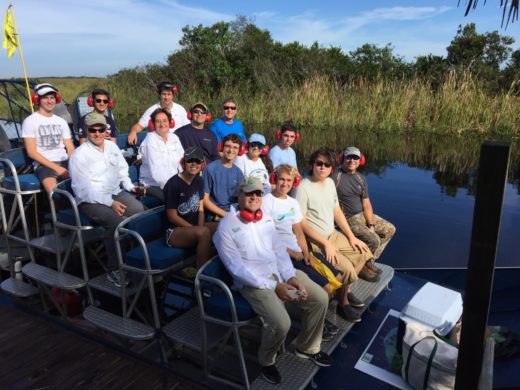 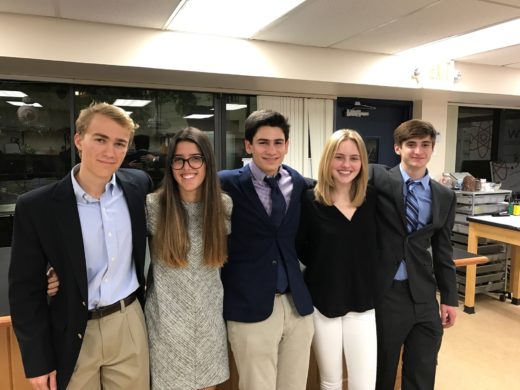 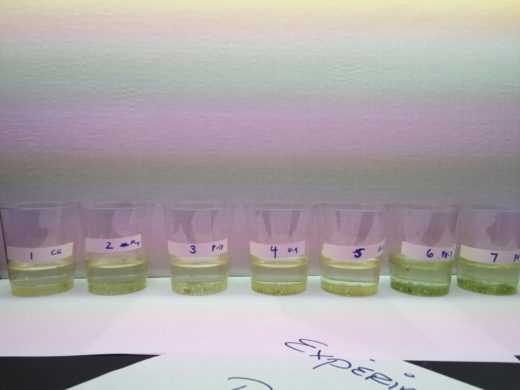 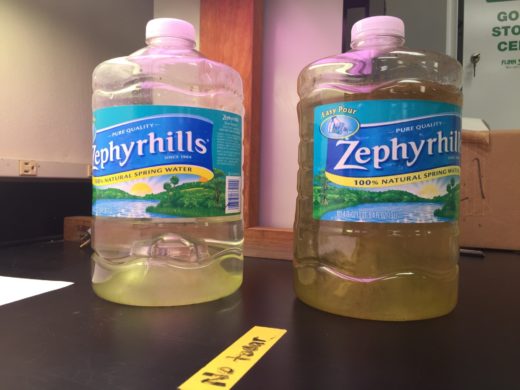 Philip Gubbins is a PLTW Engineering student at Gulliver Schools in Miami, Florida.

For the 2017 Engineering Design Competition, sponsored by Chevron, we chose to solve the algal bloom problem mainly due to an opportunity from the Everglades Foundation, a local organization of outdoors enthusiasts and Florida environmentalists. They started the George Barley Water Prize, a $10 million freshwater innovation challenge that aims to “spur innovation and uncover new technologies, solving the issue of phosphorus pollution.” Although we would later take the preparation this challenge had given us further on to the Spirit of Innovation Challenge, and then finally to the PLTW Engineering Design Competition, we had contacts with the foundation who encouraged us to get involved in the challenge with the pre-existing outreach program we had at our high school. The foundation even went so far as to provide us with the opportunity to talk to experts in the field and take an airboat tour of the Everglades.

This problem is important to us because of its proximity to our location and its tie to our identity. Florida’s greatest resource both economically and culturally is its water ecosystems. Whether it is the Everglades, Lake Okeechobee, various lakes, rivers, or the coast and famous beaches, Floridians define themselves by the water. Many of the students and teachers involved in the project are fishing or boating enthusiasts, and all had visited the Everglades at least once. This problem was close to heart for us; we could help solve an issue plaguing not only our source of fresh drinking water, but also the environment that we had learned about since a young age.

There is a reason this problem has a $10 million reward. As a team, we went through many different solutions and design strategies for removing and recycling the nutrients. Over the course of two years, not only did we have to overcome the problem’s many complex facets, but the team itself shifted its roster and grew many times, with seniors leaving and new members joining for the competitions. Another struggle we overcame was trying to make this a more school-wide effort with many conflicting schedules, working with many students and teachers across science and engineering programs and even between different engineering classes. Now we have become a smaller yet more solid team of focused students across different disciplines. Throughout this experience, we have grown as a team with the amount of research and science we had to assimilate, and the number of designs we went through for the solution taught us to be flexible and open-minded.

We used the design process itself to identify the problem and begin developing and testing solutions. The team went step by step through the design process, defining what constraints our system would have to follow and creating a design matrix to further evaluate each design. After finalizing a design, we would then go through prototyping to see how well the system functioned. The engineering design process was essential for the eventual development of our updated team solution.

Our solution is similar to a method aquarium enthusiasts utilize, which involves putting alcohol in the tank as a way to increase bacteria growth (through the sugars or ethanol in the alcohol) to get rid of algae. In our design, we take this a step further by diverting the water from its source (perhaps a stream, which would then have a natural flow of water) and into a closed environment treated with drops of ethanol. The bacteria growth is then harvested via another instrument from aquariums, a protein skimmer. The foam collected in this protein skimmer is full of nutrients, carried in the form of bacteria, which can then be reused as fertilizer.

The end result was surprisingly simple compared to other solutions we had considered. Other designs that we had considered had disqualifying factors such as complexity or not satisfactorily fulfilling the role of the system in either removing or recycling either nitrogen and/or phosphorus from the water. The updated team solution could do the most essential parts of the constraints to a sufficient degree, all while not being too complex or costly, so we were definitely relieved and happy with it.

Of course it is an honor and a great opportunity to have been able to participate in this and the other challenges we were involved in this year with Project Algal Bloom Prevention. It is a great affirmation of the work we have done to be compared with other students doing similar projects, and it is also a great inspiration to have worked toward something for our community’s gain with so many others doing the same for their communities. It is a humbling yet eye-opening opportunity we hope more have the opportunity to experience.