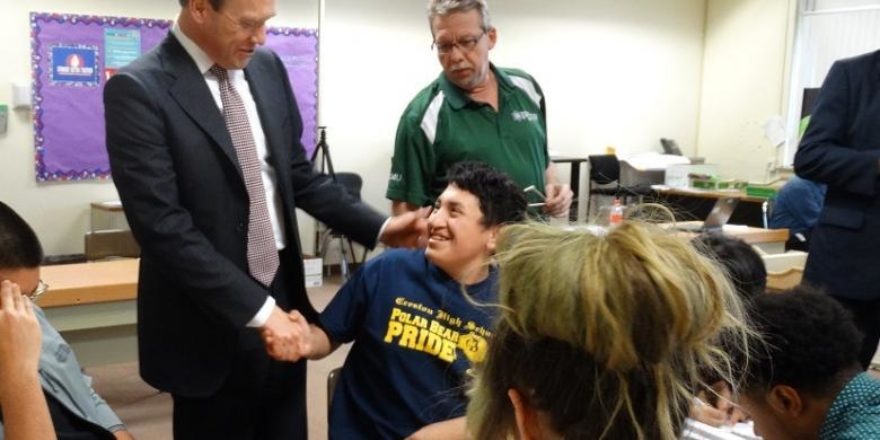 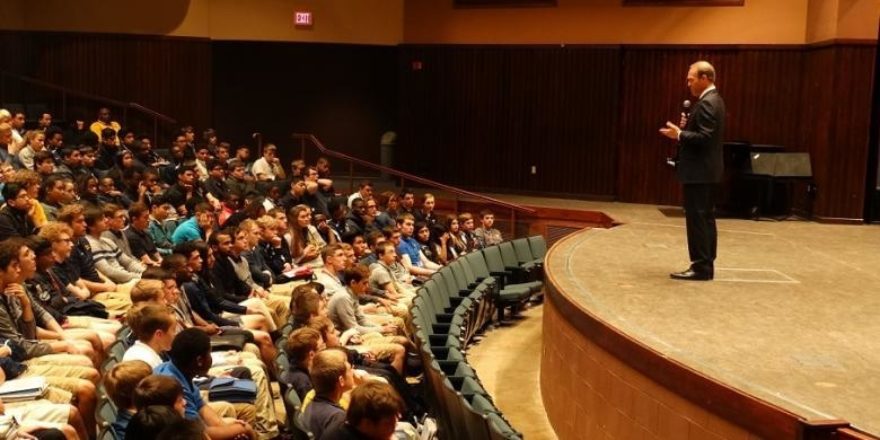 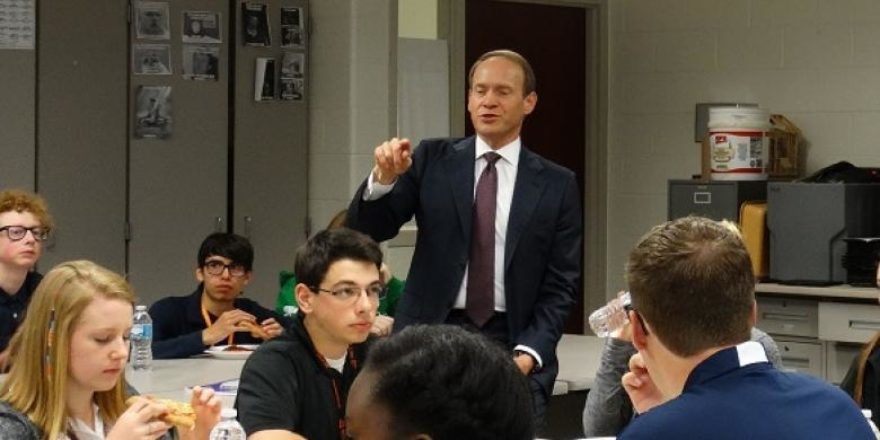 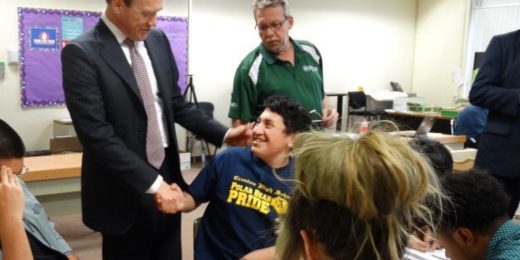 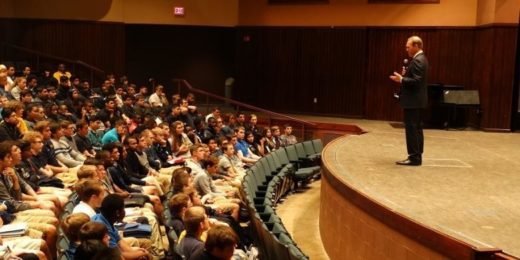 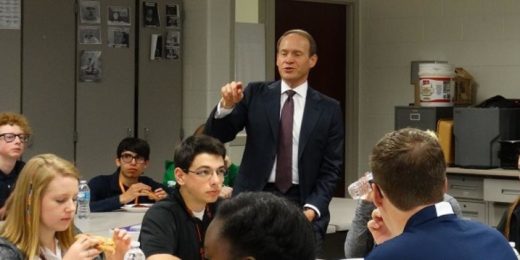 Along with educators, business leaders, and policy makers, current PLTW students attended PLTW Summit 2016 in Indianapolis to participate in the event as presenters, learners, and ambassadors for their school.

Project Lead The Way President and CEO Vince Bertram visited Innovation Central High School and Riley High School to learn more about the students’ experience at Summit and what it was like returning to their schools.

Gideon Sanders, director for innovative strategies for Grand Rapids Public Schools in Michigan, chaperoned three PLTW Engineering students from the Academy of Modern Engineering at Innovation Central High School to Summit 2016. For Sanders, the experience was an opportunity to watch his students grow comfortable presenting to a group of over 1,700 attendees and speaking with people from across the country.

“Never before had these inner-city youth been exposed to such professional settings for more than a few hours,” Sanders said. “Never had these young men been around so much engineering at one time, and never had these young men been around a group of dedicated professionals who were all successful in their own way, from the billionaire clothing mogul to the pro football player. By all measures, these three students who rarely have the chance to get outside of Grand Rapids, went to the big city and took it by storm.”

Anthony Kirkland was one of those students and had the opportunity to introduce keynote speaker Daymond John, co-star of ABC’s “Shark Tank,” and even play chess with John Urschel, mathematician and NFL player.

“My peers were astonished by the activities and events I took part in,” Kirkland said. “I learned that failure is acceptable and that everything won’t always work the first time, and that’s just the way life is. I traveled to a new place by myself, without my parents and with people whom I never really held a conversation. I grew as a person, and I learned about people from other states and learned more about those in my own school.”

“The students were able to present to a different group of people than they are used to,” Modlin said. “Exposing students to opportunities that are new and different is what we as teachers strive to do. The students are excited to share their experience with other students and staff at school.”

Zach Stewart, PLTW Engineering student at RHS, attended Summit as an ambassador for his school.

“I got to meet and network with several people while hearing the inspirational and thought-provoking keynote speeches,” Stewart said. “Beyond talking about Summit 2016, we hope to implement some of the things we learned about here at Riley such as STEM Premier and Autodesk Inventor Certified User Exams."

The students will present their PLTW Summit 2016 experience at a RHS faculty meeting in May, and say they are very excited to share their experiences.

During Bertram’s visit to RHS, he had the chance to talk with the school’s 350 PLTW students. “The things you’re learning now matter not just for the next school year. These experiences are relevant for your career and for your life.”

A Year of Growth – for Both Me and My Students

Falling in Love with Science