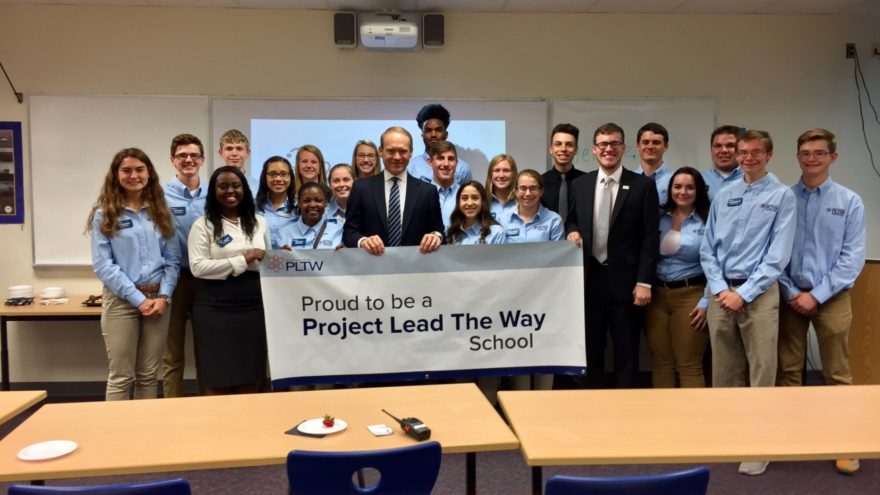 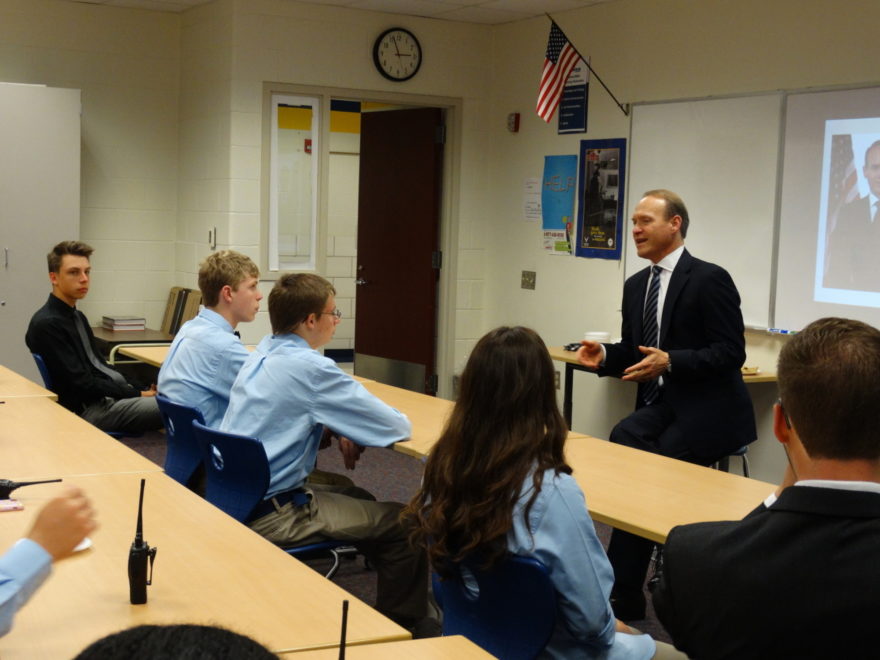 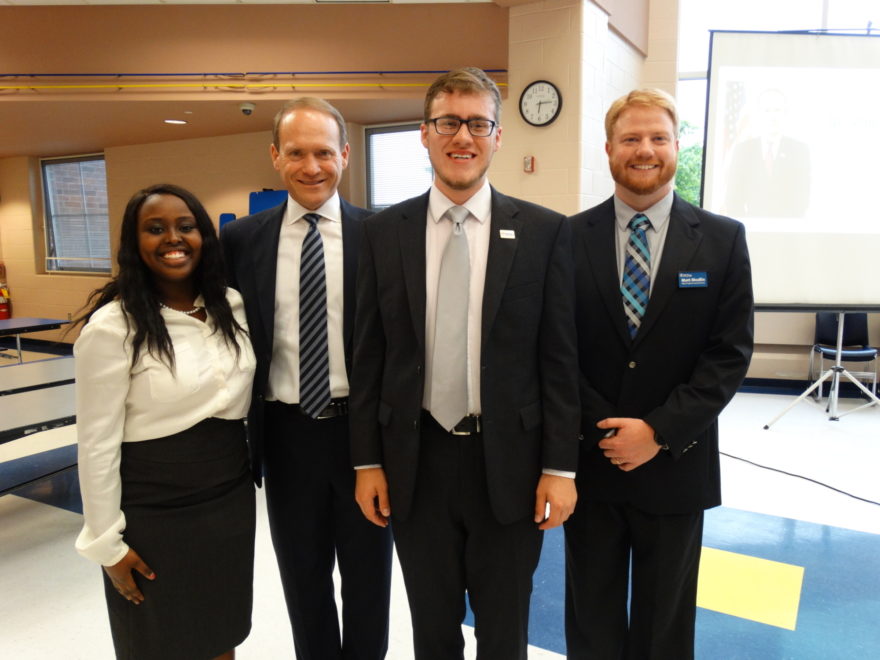 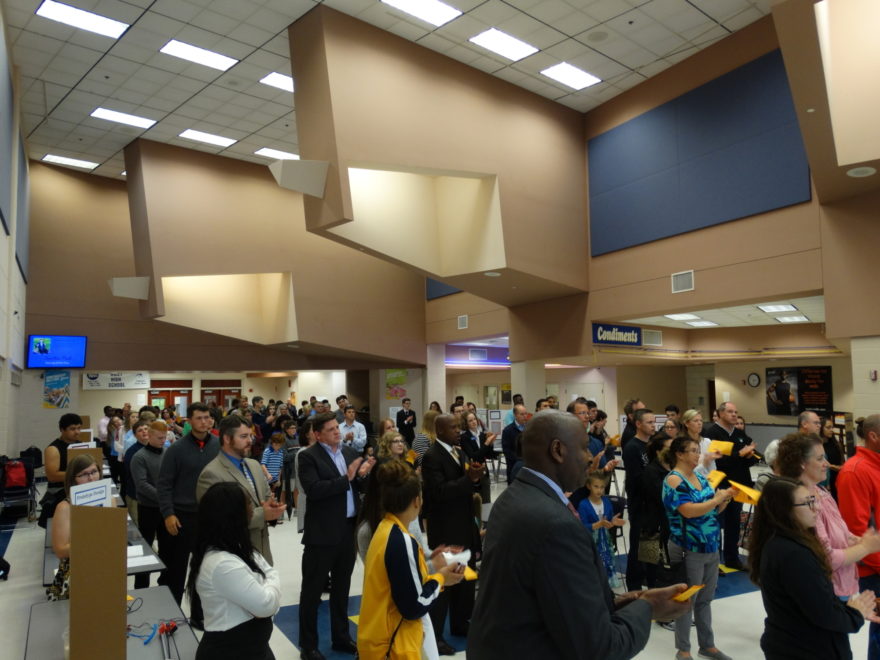 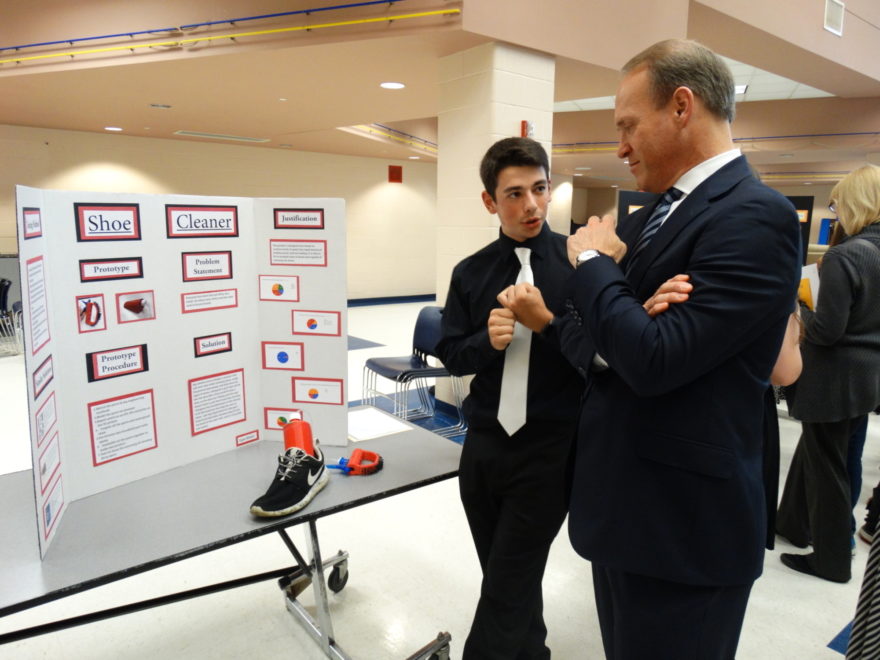 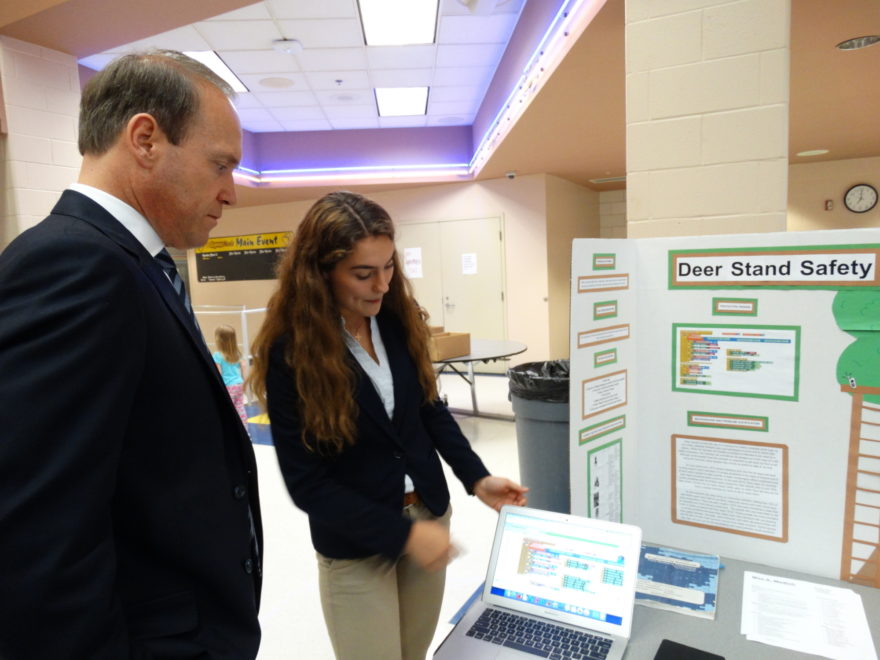 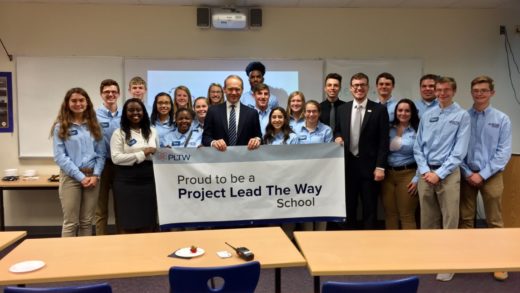 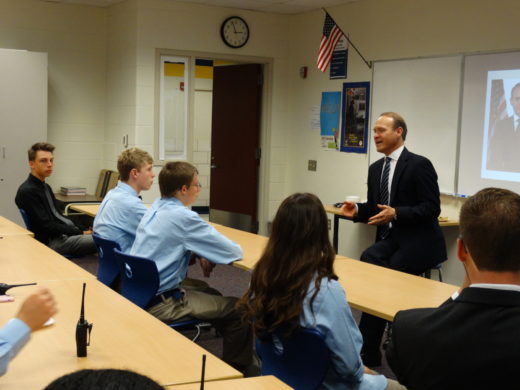 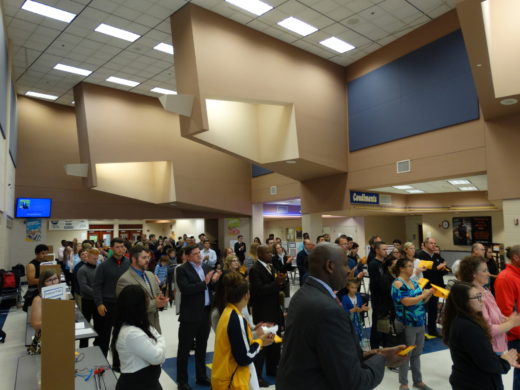 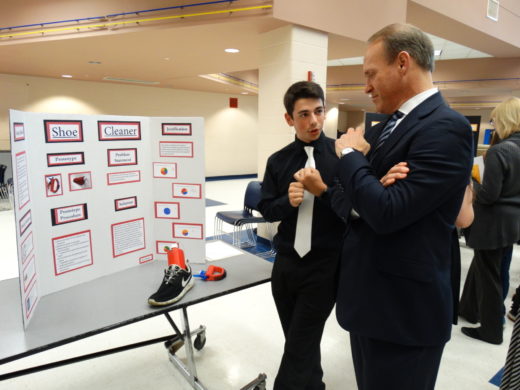 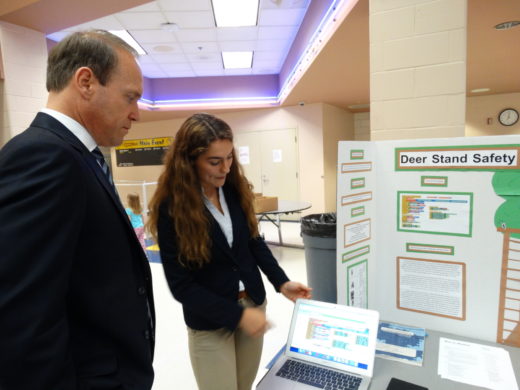 “Don’t be a commodity. Build skills. Differentiate yourself.” That was the advice PLTW President and Chief Executive Officer Dr. Vince Bertram gave to PLTW seniors at Riley High School in South Bend, Indiana, last week, and judging by their innovations on display that evening, they are well on their way.

Bertram visited the school for the seniors’ Engineering Design and Development 2017 Innovation Fair and spent time talking with students, teachers, and community members.

His message throughout the day focused on the importance of ensuring students are making decisions today that set them up for long-term success.

“Google is making cars; Ford Motor Company is making computers. Macy’s is closing stores, and Amazon is delivering clothes to your doorstep with drones. The economy is changing.”

PLTW, Bertram said, is helping students prepare for an evolving world. “You’re using Autodesk Inventor now, right? You’re using the kind of software professionals are using. Sure, when you graduate college, that software may have changed, but the skills you’re developing now – the ability to use and learn new technologies, critical thinking, problem solving – when you have these kinds of skills, you get to choose. You can go anywhere.”

He also encouraged them to think about college as an investment, where every missed class period has an opportunity cost, and gave advice on choosing electives that will enhance a major or a particular career path.

A few students talked about their college decisions and how they’re planning to blend their love of arts with their interest in engineering. One student interested in fine arts is considering mechanical or electrical engineering as a way to have a career in the fine arts, while another student, Tess, says her decision between engineering and theater was made simpler when she heard NFL player and mathematician John Urschel tell her she didn’t have to choose – he has done both. She plans to study engineering at Notre Dame, though continue her pursuit of acting, potentially combining the two in the future.

Bertram was able to see all the students’ personal passions on full display later that evening during their 2017 Innovation Fair.

Three students who are on scholarship to swim in college developed a swim lap counter to solve the frustration of counting laps in the pool. Another pair of students who are interested in hunting, but recognize the safety issues involved with deer stands, used their knowledge of computer science gained through PLTW to invent an app that would alert friends or family in the event of a fall from a tree stand. The same app could be used by those in the construction industry, painters, or homeowners cleaning their gutters.

To say Bertram was impressed is an understatement. He continuously remarked how amazing the students are.

“This is what I enjoy most, the opportunity to visit students and schools. There are a lot of things I do in my role, but this is by far the most gratifying,” he said.

He also spoke with teachers, community members, and supporters of the PLTW programs in the South Bend Community School Corporation (SBCSC). A 2014 grant supported by the St. Joseph Co. Chamber of Commerce and United Way of St. Joseph Co. has expanded PLTW in the school district and schools across the county. Bertram thanked them for their support and commitment to shaping the region’s future innovators, creators, and leaders.

Community Connections and Innovation in Action

Reinvigorated Across the Board