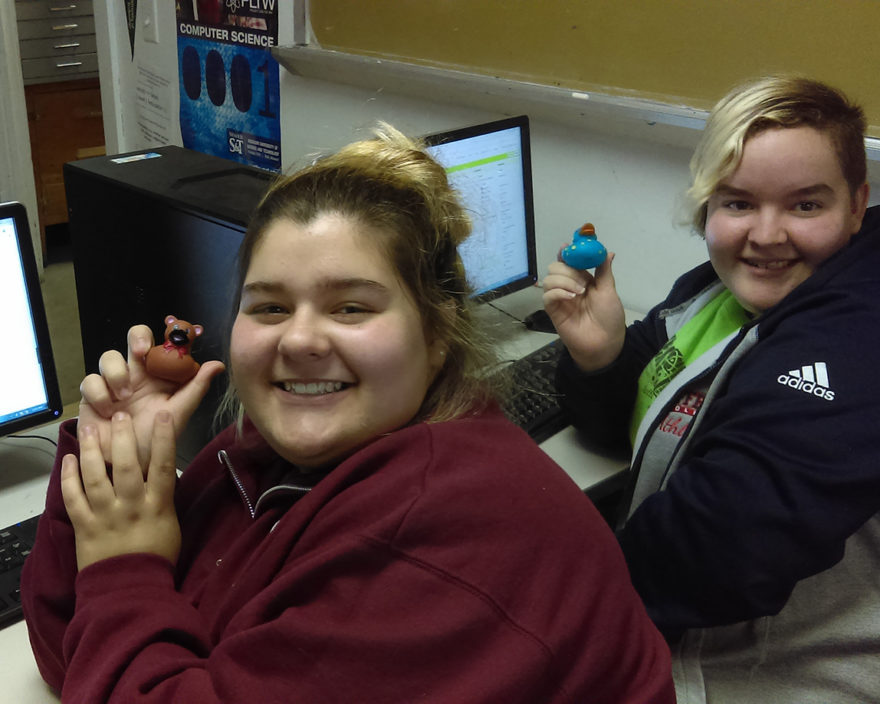 This is Tyson Sigette’s 11th year of teaching. Tyson is a second-year PLTW Teacher with experience in nuclear power on submarines. The role of PLTW Teacher is Tyson’s second (and best) career. Tyson teaches at Fox Senior High School in Arnold, Missouri.

The committee at our school decided to offer PLTW’s Computer Science Principles (CSP) because of the huge amount of computer-related job growth projected for the St. Louis region. So I began recruiting, and I started talking to the students in my current classes. Then, I began to wonder who could use critical-thinking skills the most.

One student in my science class has emotional and behavioral disorder (EBD). He struggles socially, but does well academically. Part of the problem is that he has not been pushed to be his best before because pressure does not traditionally help a student with EBD. I had a great rapport with the student so I approached his case manager and mother. We had him placed from a mostly self-contained class into our PLTW CSP class this year. It was a struggle in the beginning, but he has worked hard to push through. He even started tying in our classwork to his job after school. The most important thing is that he seems to have made some friends.

Once we recruited this young man, I was approached by another case manager. This teacher suggested I meet with a student with autism and his parents. The student worked hard in school and loved following procedures. He was unsure about himself and whether he should go straight to our local community college or opt for a job placement corps for students with special needs. We placed him in PLTW CSP to show him what college might be like. The student has done very well and has just been accepted into junior college. This is not what any of his older IEPs would have ever predicted.

I am proud to say that many of my successful CSP students come from non-traditional tracks. Sure, some saw a new course and decided to challenge themselves. These students are doing well. Oftentimes, though, it is working with the non-AP-tracked students that is most rewarding. These students were recruited to give computer science a shot. They were told they would make some simple video games and a mobile app. What they are really doing is trying to figure out how to write the sneakiest Python code for Prisoner's Dilemma. These students are often the most successful in class because they have found joy in learning. For these students, computing is just plain fun, but now it is also a potential career.

My advice to future AP CSP teachers is simple: Encourage all kids – they may just surprise you with success.