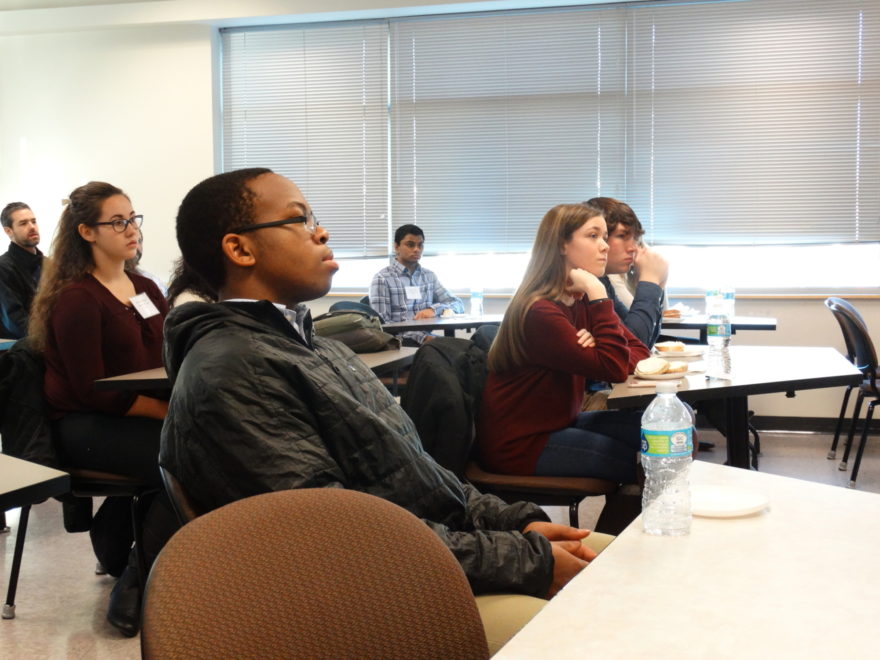 PLTW Students Use Challenges to Self Learn & Grow

PLTW Engineering students at Williamstown High School (WHS) in New Jersey say their PLTW courses are challenging, but that’s what makes the learning process so rewarding. Part of that reward is the feeling of accomplishment that comes from achieving something you didn’t think was possible. While achieving success in the classroom is traditionally defined by grades and test scores, PLTW students and teachers achieve other kinds of success along the way.

Aneta Rusanova is a WHS senior enrolled in Engineering Design and Development (EDD) and said that because the course is challenging, but not impossible, she has learned to gain great satisfaction from figuring a problem out on her own.

“[PLTW] has brought frustration, but that has helped me grow not just as a student, but as a person,” she said.

In addition, Rusanova has taken other valuable life lessons from her PLTW experience.

“I have learned public speaking skills,” she said, “and even more, I’ve learned that I am not actually that interested in engineering. Without this experience, I might have wasted my time in college, and I’m so grateful I don’t have to do that now.”

WHS seniors Melanie Huot and Rachel Hluchy also said that exposure to open-ended engineering problems in EDD has helped them learn about themselves.

Hluchy said that PLTW has taught her how she works in groups, and the experience of depending on her peers for a project and presentation is something she will carry into her career.

Rick Kurczeski is the advisor the Academy of Engineering Sciences at WHS and has witnessed the power of students leading their own learning in PLTW classrooms. He shared the story of one student who did not do very well on the SAT but excelled in her PLTW courses, and then continued on to great success at Rowan University.

“I saw in her the ethics and work habits that I personally believed would help her do well in college,” he said. “This summer while I was reading the newspaper, there was an article about a bio-robotically controlled arm that was going to be mounted to a human and was developed by a professor and students. Guess who was in that article? That student! I was so proud of her.”

Kurczeski and PLTW teacher Ken Mathis traveled to Rowan University with WHS PLTW students including Rusanova, Huot, and Hlutchy to the New Jersey PLTW State Conference to present their PLTW experiences. They also had the opportunity to talk with PLTW President and CEO Vince Bertram, who delivered the morning keynote to open the conference.

Bertram shared that we cannot test our students to excellence, but that we must engage them in a way that brings relevancy to their experience.

“Our students must be inspired to think critically and problem-solve, because it will be up to them to solve our world’s most pressing issues,” Bertram said.

The New Jersey PLTW State Conference gathered more than 250 educators from across the state to share best practices and learn from each other.