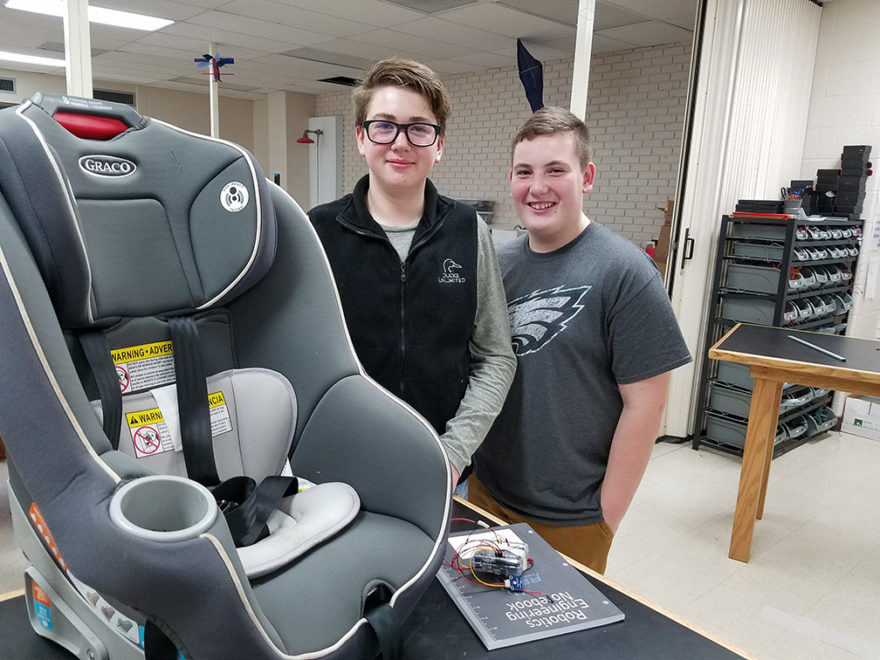 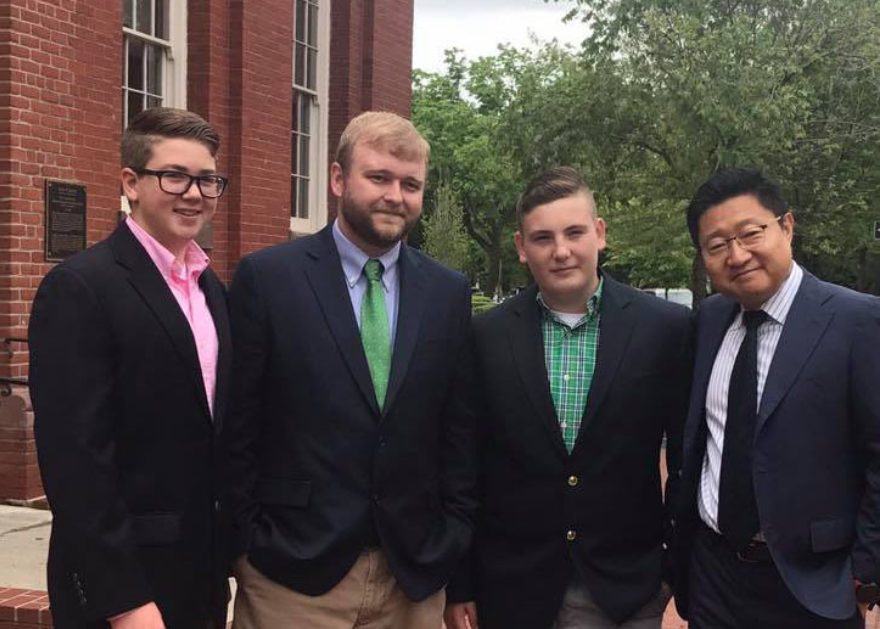 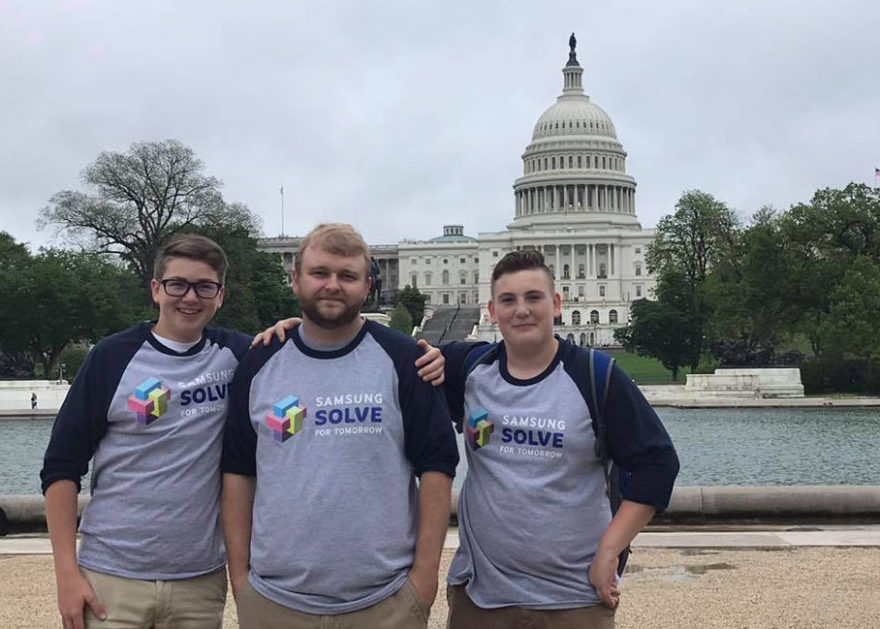 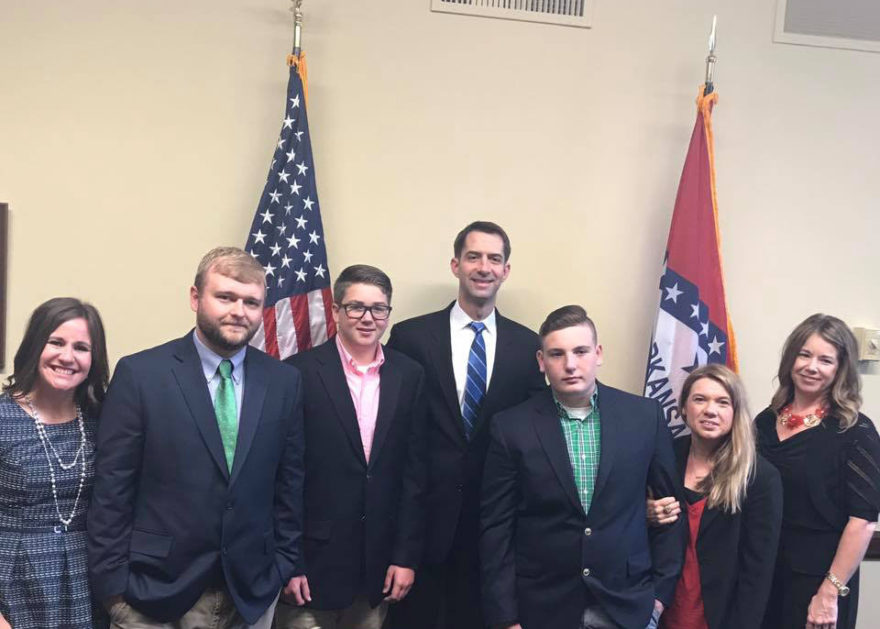 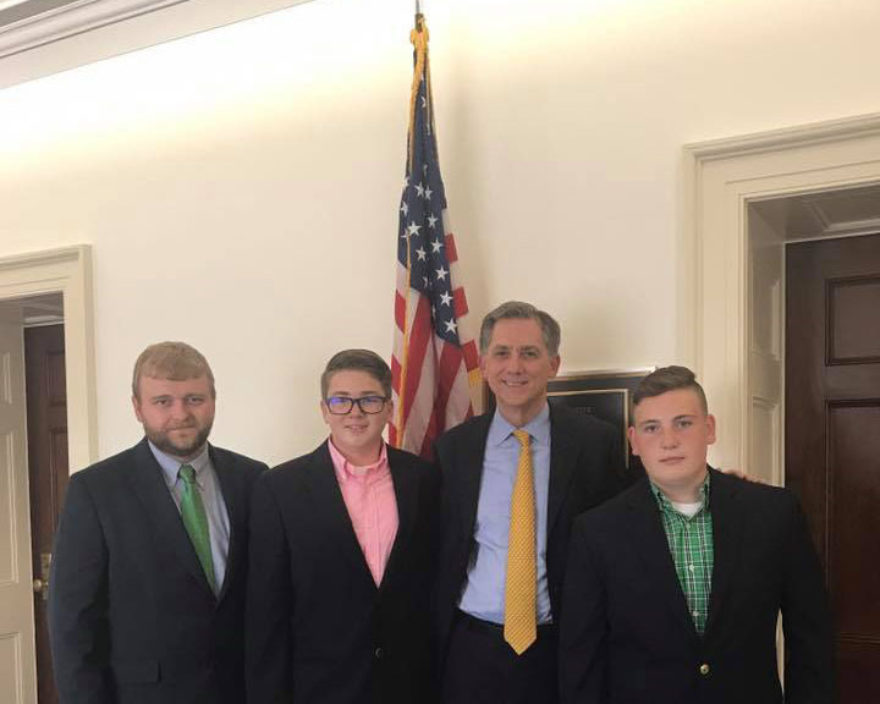 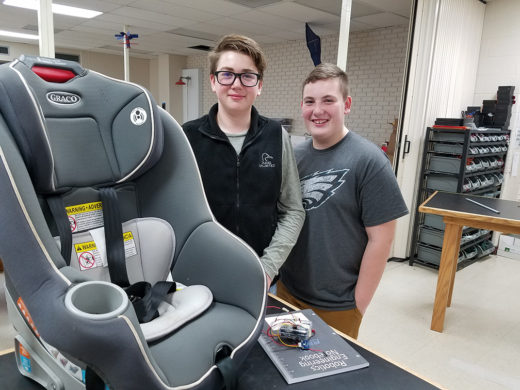 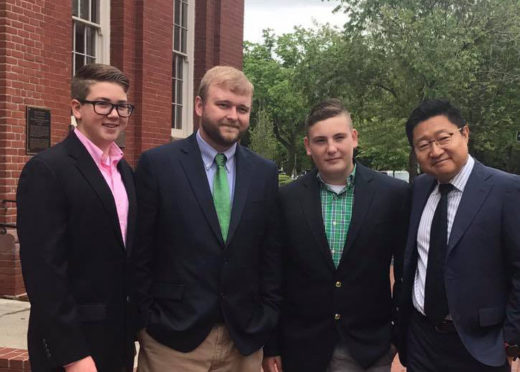 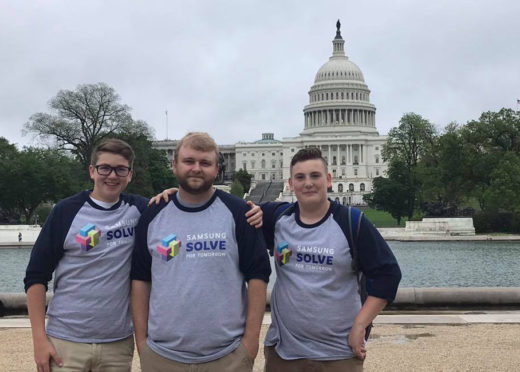 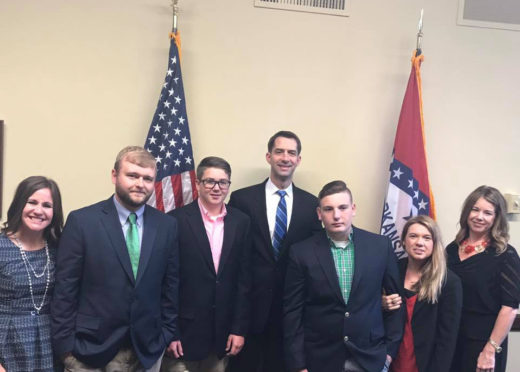 PLTW Students Create Device That Could Save Lives

When we decided to create The Baby Saver 2000, we were trying to solve the problem of babies dying in hot cars. Just last year, 37 children died in hot cars and already nine have been lost in 2017. This is a very big problem, not only in the South where summers are very hot, but also around the world. When it is 80 degrees outside, it only takes 60 minutes to increase to 123 degrees inside the car. A child cannot stand this heat; when the human body reaches an internal temperature of 107 degrees, organs begin to shut down.

In 2015, a young boy in Arkansas died from being left in a hot car. The incident and the trial were constantly on our local news; therefore, this issue was fresh on our minds. We built our project hoping that we could prevent deaths around the world. We also noticed that vehicles have a lot of technology and sensors in them already, such as sensors for when you leave your keys in them, for when you leave your headlights on, and for when your seat belt is unbuckled. However, cars have no sensors built in that could help save a child in extreme temperatures. In 2017, we feel like this technology could be readily available and affordable.

We began by building a basic prototype that worked using Lego EV3. We could make the concept work, but it didn’t actually connect to the car in any way. We also played around with different ideas of how to alert parents. We originally wanted to call and text parents using an Arduino and a SIM card. After much debate, we felt there were too many opportunities to miss the phone call, leave your cell phone at home, or have bad cell reception. We could not develop a product and state that it saves lives if there was potential for it to malfunction and for a child to die.

In addition, we visited with an engineer from EvenFlo who gave us great advice around not using any switches to activate the device because people might just stop activating it; the device should be user-friendly and simple.

We then took our ideas to the Arkansas Innovation Hub in Little Rock, where engineer Nick Jones helped us develop our working prototype. We decided a pressure pad that connects to the ground wire would start the Arduino and start the code. This was the simplest way to ensure the device was user-friendly and would always come on when a child was present in the seat. The Arduino already has a simple code that indicates when the temperature in the car gets above 80 degrees; a signal is sent across the key fob’s panic button, which is attached. In order for it to work properly, we added a second ground wire to the key fob from the Arduino.

We found out we were the Arkansas state winners for the Samsung Solve for Tomorrow challenge, which won our school a laptop and tablet. The next step was to create the video showing how our project worked. Our video was chosen as one of the national finalists and a top 10 project out of 5,000 projects submitted. We traveled to Washington, D.C., to pitch our idea in front of a panel of engineers for Samsung. This won our engineering program $50,000 in Samsung technology. While on the trip to Washington, D.C., we met Sen. Tom Cotton, Rep. French Hill, and Samsung CEO Gregory Lee.

This project was an after-school volunteer project that we didn’t expect to go much further than entering into a couple of online engineering competitions in hopes of earning some technology for our engineering program. Since we started this project in September of 2016, we have won the Beebe Junior High engineering program around $60,000, and on May 17 of this year, we received confirmation that these students are owners of the patent for the Baby Saver 2000. None of this would be possible without Project Lead The Way being in our school and allowing us to introduce technology and engineering to our students.

Launching Into a Robotics League