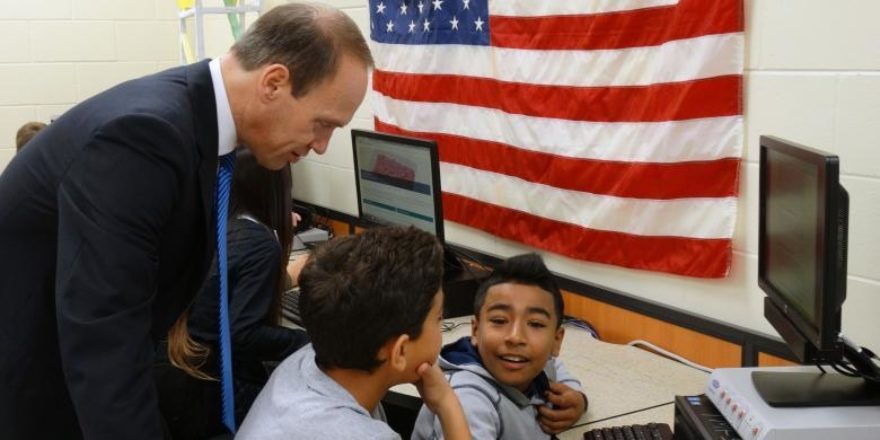 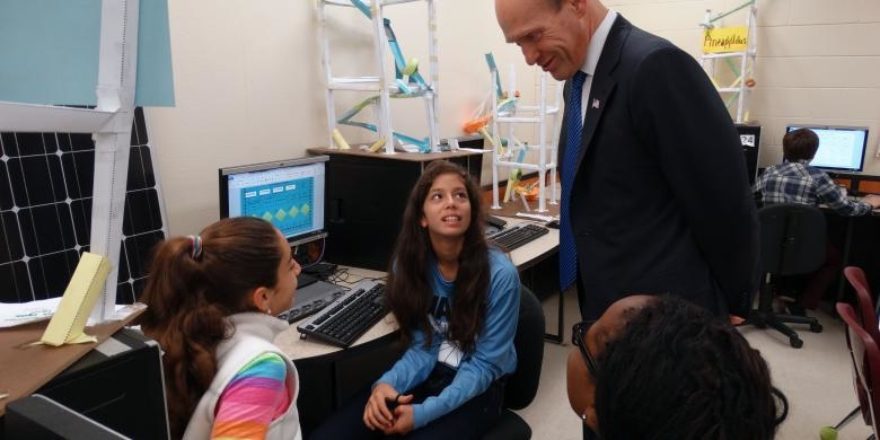 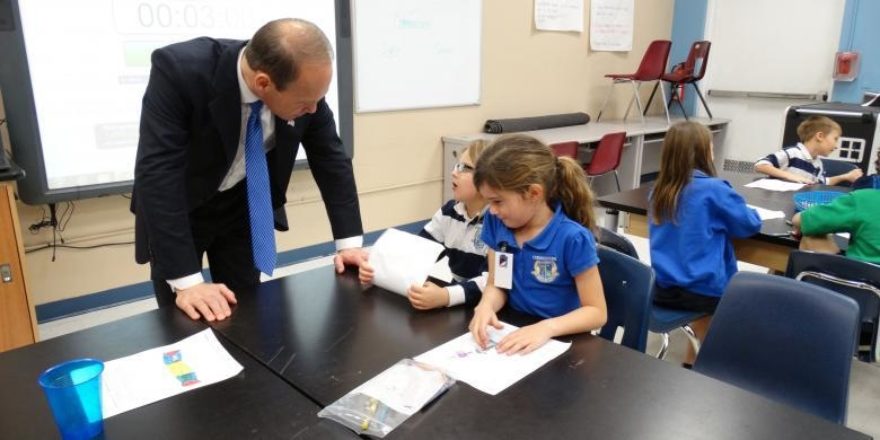 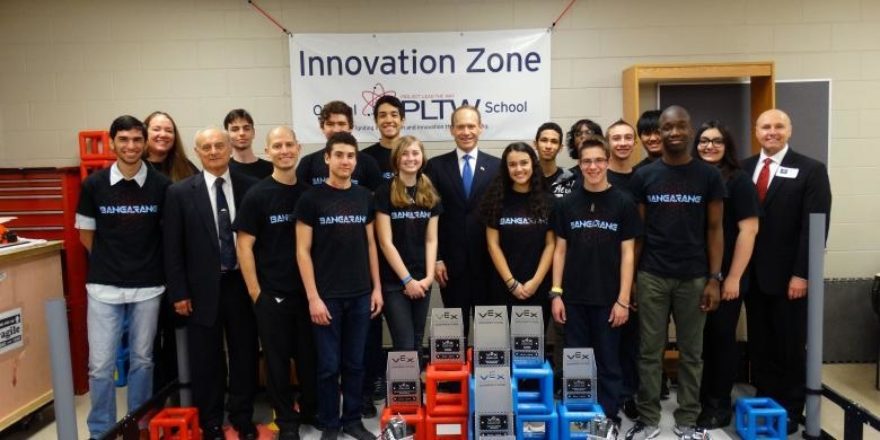 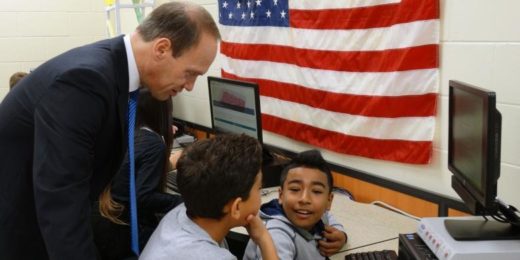 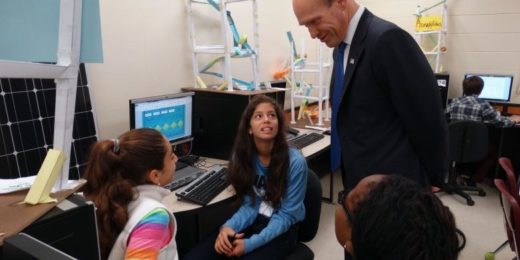 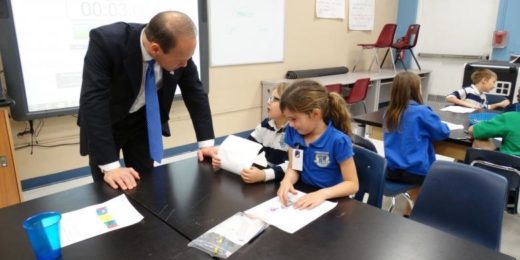 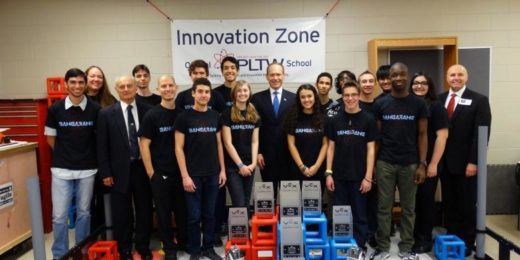 On the Road - Orlando

This week, Vince traveled to Orlando, Florida, to participate in a major partnership announcement with Lockheed Martin and the Orange County Public Schools. Through a $2 million grant, Lockheed Martin is giving every student in the OCPS district – nearly 192,000 K-12 students – the opportunity to take PLTW courses. By 2017-18, all 184 schools in the district will offer PLTW. [Read more about the partnership.]

Students at Avalon Middle School impressed Vince with their engagement in the Medical Detectives and Green Architecture units. In Medical Detectives, students were researching food-borne pathogens, not only studying various bacterial illnesses, but also learning how to do research, gather information, and organize it in charts and maps. In Green Architecture, students were working in Autodesk Revit, using measurements they had taken of their classroom to design a 3-D classroom to scale, complete with light fixtures and furniture.

While visiting several classrooms, Vince stopped in to talk with some of the school’s youngest PLTW learners. The first-grade students explained their Light and Sound activity, excitedly telling Vince about the different materials they were using to solve the problem. One student said, “I love this class because learning is fun!”

“Continue that love of learning,” he told them. “Learning and having fun can be the same thing.”

In PLTW Gateway, Vince explored 3-D printing with a group of girls, and in PBS, he talked with students about their career aspirations and what they enjoy about the course. A sophomore boy told Vince that he is concurrently taking Advanced Placement Biology, and the student explained that through PBS, he better understands the concepts he studies in AP Biology. As a result, he said, he is excelling in both classes.

Next week, Vince travels to Columbia, Missouri, for the annual PLTW Missouri State Conference. The conference is the largest PLTW state conference in the nation, with over 975 people registered to attend.

Keep up with Vince while he is on the road by following him on Twitter at @VinceBertram.