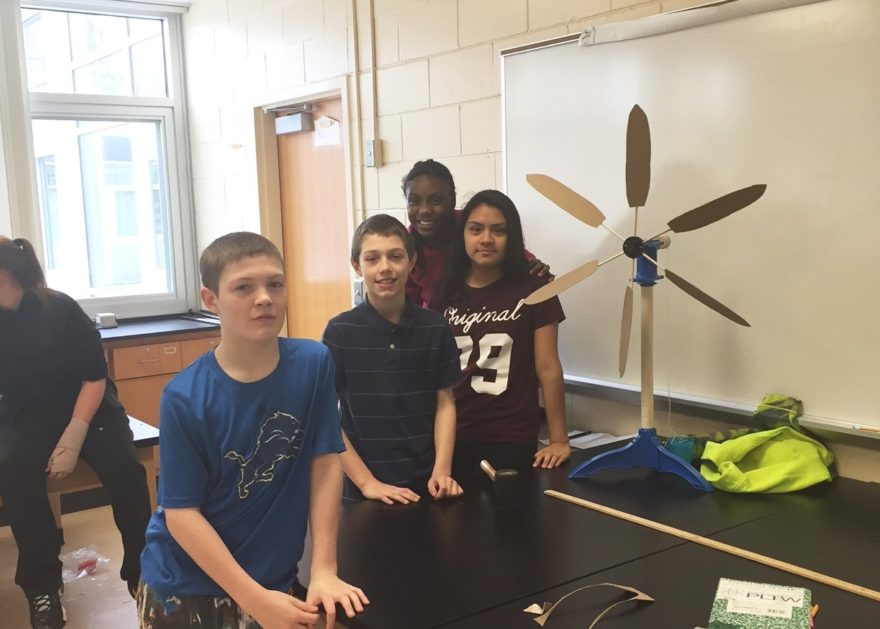 In the PLTW Gateway unit Energy and the Environment, it certainly was an exciting venture to dive into the materials of building the perfect wind machine, especially after learning how much our area of Michigan may begin to harness shoreline breezes with wind turbines. But quickly, it became apparent that everyone has a slightly different idea of how to get it done and what it should look like in the end. Enter the Decision Matrix!

The wind turbine project in Energy and the Environment generated a lot of buzz because many of the students had either seen a wind turbine in action, or better yet, they'd seen the blades being towed down the highway. Most had pretty strong opinions about what the most efficient design would be. They were itching to jump right in and start carving blades, building and testing, and re-building. When I told them that they would be limited to a fixed amount of materials and would not have an endless supply to keep re-testing designs, they were like, “What!?"

With this design constraint in mind, we set forth using the Decision Matrix to select the best designs for building and testing. First, we practiced by using some smaller matrices. Then they had to apply the "big" matrix to the wind turbine design process. My students were apprehensive at first about using the matrix, but after a few tries they began to understand that it was a tool that helped them to a better decision by allowing everyone's voice to be heard and tabulated. What was especially interesting to the class (and all five hours that were able to see each other's designs) was that the winning design (the one that raised the greatest number of washers in the least amount of time), was not at all what they had pictured in the beginning!

A number of students wrote in their journals at the end of the year that the use of the decision matrix helped them to work better as a team; it focused their efforts. One student wrote, "It wasn't what I wanted at first, but I guess we got better at agreeing to disagree."

Opportunities for Students, Teachers, and Community