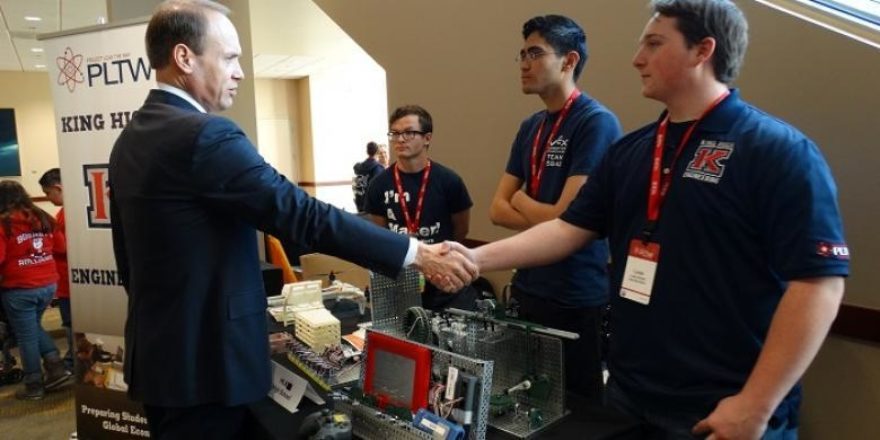 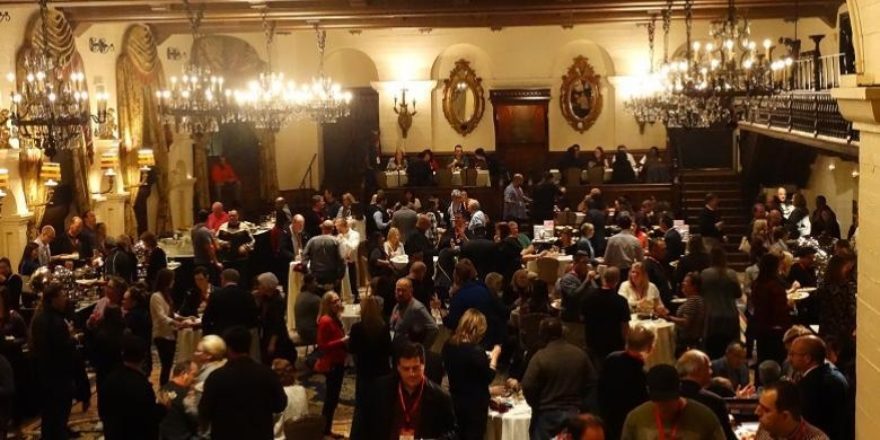 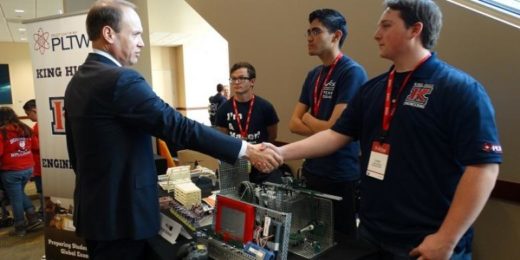 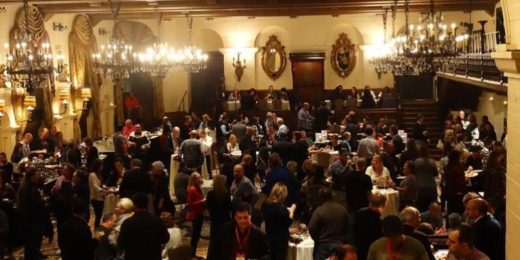 Michael Martin Honored for Years of Service with PLTW

On the Road with Vince Bertram
|
|
PLTW Engineering On The Road

PLTW Teacher Michael Martin was recently recognized at the 2016 California PLTW 5th Annual Conference as the California PLTW Engineering Teacher of the Year. His journey with PLTW is longer than most, as he has been teaching PLTW since 2000. It was the first school year for King High school, and Martin’s principal at the time had heard of the program and asked Martin to go to training.

“I was a science teacher with a Master’s degree in geology and didn’t feel like I had any engineering blood in me,” he said. “But I went to RIT that summer and was totally hooked. I came back changed. This was something that was robust and rigorous, and I felt like I could do something well with it.”

In those early years, Martin faced the challenge of gaining confidence in the classroom.

“Having the background knowledge I had from my geology degree was good, but you still have to build confidence, and the kids have to see that confidence,” he said.

Sixteen years later, Martin is now trained to teach Introduction to Engineering Design (IED), Principles of Engineering (POE), Computer Integrated Manufacturing (CIM), Digital Electronics (DE), and Engineering Design and Development (EDD), and he has served as a Master Teacher since 2006.

He has seen many successes in his classroom over the years, from using a 3D printer “before 3D printers were cool” and seeing his students go on to have thriving careers. He has even seen about a half-dozen students receive full commissions to military academies, and has enjoyed hearing about their experiences. One such student, Chris, still stays in touch.

“He would come back to see me every year and tell me about his successes,” Martin said. “It was cool stuff: glider pilot, wilderness school training during boot camp, lots of great stuff. Anyway, midway through his senior year, he comes to visit and tells me that he has been chosen as the electrical systems manager on his senior project, which involved launching a rocket with a satellite into space. I ask him what’s going to be on this rocket, and he responds with ‘Mr. Martin, I can’t tell you.’ This is a former student putting top secret payload into space – how often does that happen? So we laughed a little, and I thanked him, and he thanked me, and he left. What a moment. He’s now a fighter pilot in the Air Force Academy.”

Martin’s hope for all his students is to learn the value of problem-solving, working as a team, and learning how to learn. He also wants them to have fun in his classes.

“I want them to go away from here knowing how to be an engineer, because those skills, both hard and soft, will help them in whatever they do,” he said.”

Martin brought a group of students to present at the California PLTW State Conference in Riverside, CA in late January and also presented his experience with POE. This year was the largest conference yet for the state, and PLTW President and CEO Vince Bertram gave the keynote address to the crowd of over 1,200 attendees. He also had the opportunity to meet a few of Martin’s students, who shared their projects such as a robotic Etch-a-Sketch.

We All Can Be Engineers