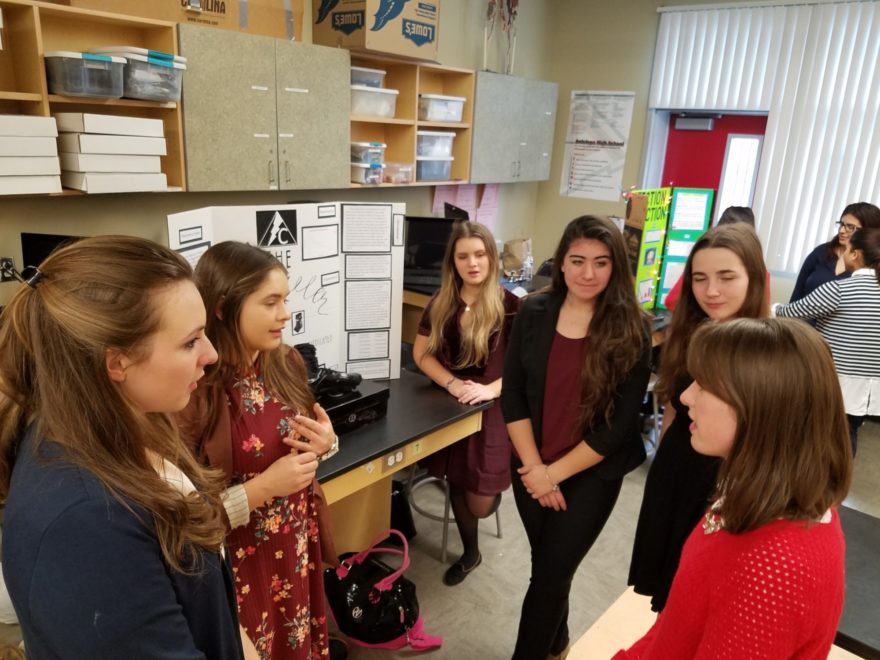 For eight years, Angela Anderson has been teaching PLTW Biomedical Science at Antelope High School near Sacramento, California. Angela loves her job because she gets to share knowledge, communicate concepts, and inspire others. In her free time, she enjoys running, listening to audiobooks, and watching TED Talks.

Since Antelope High School opened in 2008, one of the missions we have had is to get female students interested in STEM. One way we have done that is by implementing PLTW Computer Science, PLTW Engineering, and PLTW Biomedical Science at our school. Each of our PLTW programs approaches the task of getting girls interested in STEM in a different manner, and each has been successful.

When girls in the engineering program were asked why they joined the program, one student answered, “Because a teacher came to my math class and asked me if I wanted to join.”

Inviting girls to join our engineering program has led to an increase in the percentage of female students completing the program – from 25 percent in 2013 to 32 percent in 2016.

Although our PLTW Biomedical Science program has not had a difficult time attracting female students, we are always looking for ways to get girls involved in underrepresented biomedical fields. One way our program does this is through partnering with the Perry Initiative®, which exposes female students to the field of orthopedic medicine through hands-on workshops lead by female orthopedic surgeons. These workshops include practice suturing, mock scoliosis surgery, and casting.

One student said, “It was such a good experience. I met some great people, and it inspired me to work hard.”

Another way we expose female students to underrepresented biomedical fields is through our eMentoring program. Throughout the mentoring program, high school students and female Ph.D. candidates email frequently throughout the semester, with students asking questions and mentors giving advice on students’ Biomedical Innovation designs. At the end of the semester, students present their biomedical innovations and prototypes through a culminating symposium where students get to meet their mentors.

I believe the mentoring, guidance, and individual invitations the girls received are what led to the increase in the amount of female students participating in our PLTW programs.

Engineering Inspired Me in a Way I’d Never Imagined