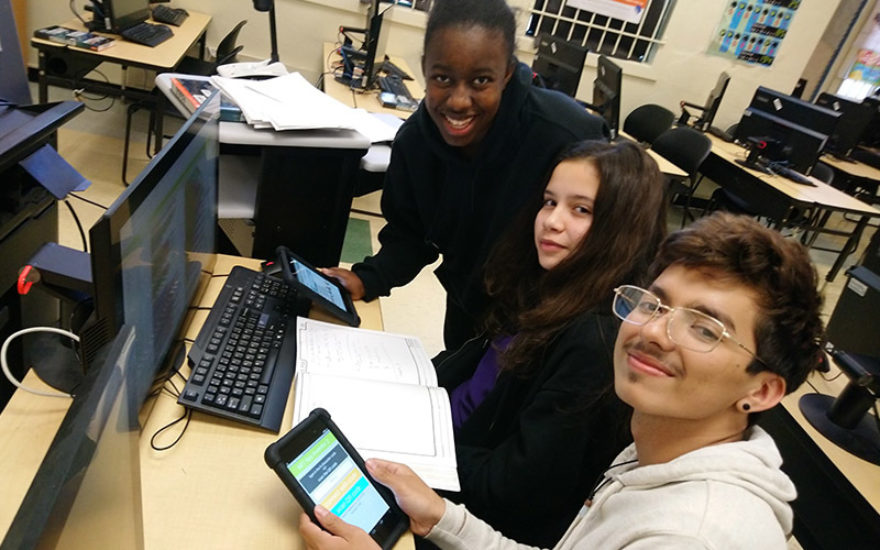 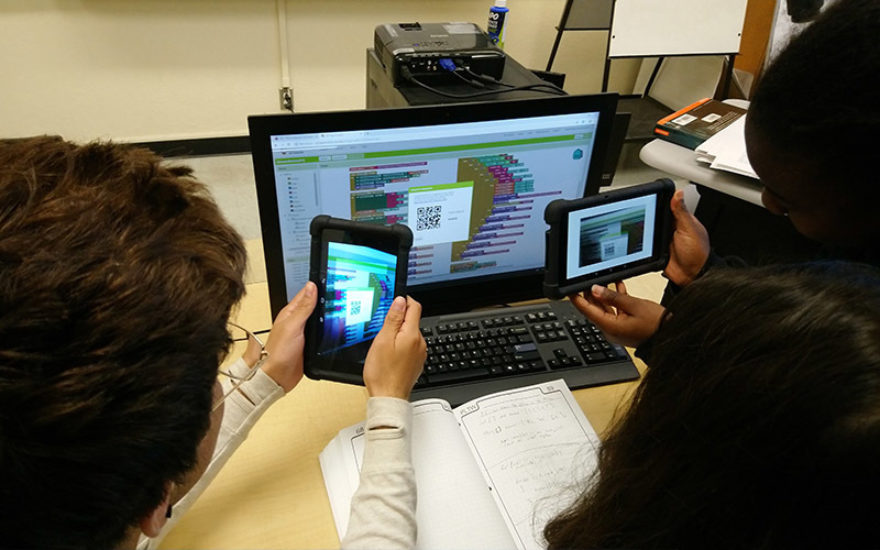 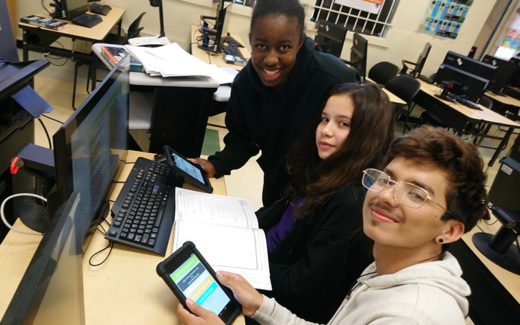 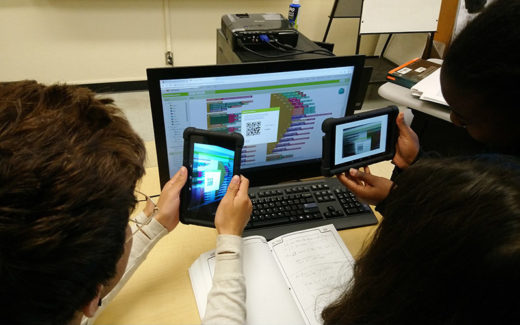 Over time, intense heat and constant pressure will transform a lump of coal into a diamond that will shine brilliantly for eternity – and Compton has, yet again, produced another fine diamond.

Students at Compton Unified School District proved they have the knowledge and skills to code apps during the 2018 Congressional App Challenge – a national competition aimed at encouraging U.S. students to learn how to code by creating their own applications. The challenge is intended to highlight the value of computer science and STEM education and encourage students to engage in these fields.

Compton Early College High School sophomores Cesar Hernandez, Marleni Angel, and Ta’Corrie Cleveland spent several months taking their time to compete in the app challenge, and their hard work has paid off. They won the 2018 Congressional App Challenge for California's 44th Congressional District. Two of the students - Cesar and Ta’Corrie - are back-to-back app challenge winners for 2017 and 2018.

This year, they earned first place for their Volunteer Log app, which helps students track their community service hours and find volunteer opportunities in the local area. The app encourages volunteering among the community and calculates students’ volunteer hours so they can keep track of them for scholarship purposes.

Last year, Cesar, Ta’Corrie, and Isamari Paz Diaz earned first place for their Easy for the Elderly app, which was designed to help the elderly by giving them an easy way of immediately calling three key people: an emergency contact (like 911), a non-emergency number for minor issues, and the elder's main caregiver. The app also contained an alarm for the user’s medication time.

The students competed against others in schools across the district – including Carson, East Rancho Dominguez, Lynwood, North Long Beach, San Pedro, South Gate, Watts, Walnut Park, West Rancho Dominguez, Willowbrook, and Wilmington – and had the opportunity to present their app before Rep. Nanette Barragán and a panel of judges.

As app challenge winners, they received prizes of cash, gift cards, and gift certificates and have the opportunity to attend a special reception scheduled to take place on Capitol Hill in May. Their app is also eligible to be displayed for one year in the U.S. Capitol and on the House of Representatives’ official website.

Although the students indicated the Congressional App Challenge is intense, some have been inspired by the competition to consider computer science as a career choice.

“What I [learned] from this experience was [that] programming and computer science are my passion and now something I want to do as a career,” Cesar said.

I’m very proud of my students. All of them worked hard on their apps, and I look forward to preparing them to be even stronger coders in the next competition.