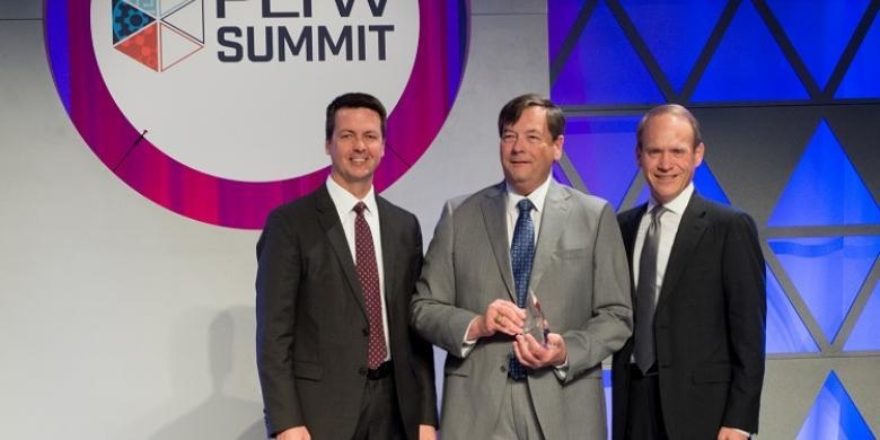 During PLTW Summit 2016, Dr. Richard Montgomery received the 2016 PLTW Administrator of the Year award. Dr. Montgomery is a visionary leader who is passionate about actively engaging students in challenging and relevant education. He has served as a superintendent for more than 20 years and currently leads the first K-12 PLTW district in his state as superintendent of Star City Schools in Star City, Arkansas.

“Dr. Montgomery is a great leader in that he moved to a very rural community in Arkansas and had this incredible vision for what he wanted to bring to that community and to do for students,” Schott said.

In 2011, he worked with a variety of community members on an initiative focused on high levels of learning for all students and teachers in the district.

“He didn't think (PLTW) was for just a few kids,” Schott said. “He really embraced the idea that incredible STEM (science, technology, engineering, and mathematics) learning can be for all students.”

To support this goal, he also led the district’s integration of Advanced Placement (AP) and PLTW. As a result this initiative: 82 percent of the district’s students are involved in PLTW, and the number of high school students engaged in AP has increased by 584 percent since 2011.

“He's really identified the barriers and knocked those barriers down,” Schott said. “He's really created a culture of high expectations. The students are just doing amazing work. He does all five of our PLTW programs and he embraced them all at once, which was a huge undertaking for such a small community, but he's really rallied the entire community behind the effort.”