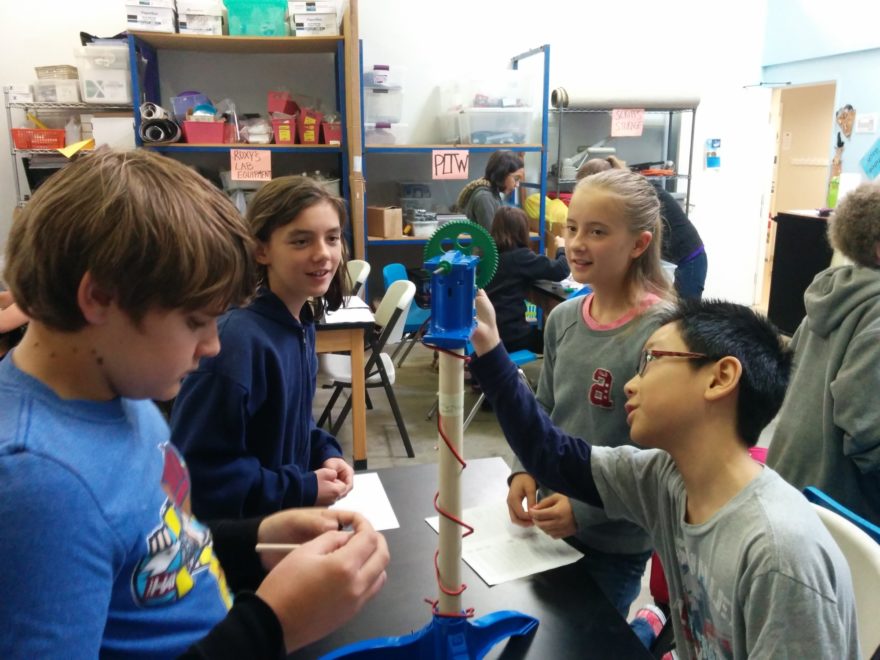 Kevin White is a PLTW and technology teacher at TLC Academy, Scripps Ranch in San Diego, California. Kevin is a musician and is currently in the second year of a learning design technology master’s program at San Diego State University (SDSU).

In 2015-16, students at TLC Academy Scripps Ranch (San Diego County) dove head-first into the issues their generation MUST solve. With solar panel salesmen knocking on their doors, it may often seem to them that energy conservation is just another big business in California. As we began our Energy and the Environment unit, I realized that these students understood that energy resource extraction and exploitation was harmful, but they needed something to press this issue and stress its importance. My students were well aware that they consumed energy, but just how much?

Having spent a few years teaching geography, I presented to them some alarming statistics about their energy footprint, U.S. energy consumption compared to other nations, and growing GDP throughout developing nations (future energy consumers). We then researched their own energy footprint using an interactive website; I created Assignment 3.1c Energy Footprint as a supplement to the PLTW curriculum. We also investigated what U.S. energy-consumption levels would translate to worldwide, as though everyone consumed as much as we do. Then, I shared that the population is expected to reach 10 billion in their lifetime, further exacerbating the problem, while creating a sense of urgency and gravity.

Now that I had buy in, it was time to empower them. We spent a great deal of time researching various green technologies. Students presented an energy invention, innovation, or iteration they designed to address a specific energy solution using environmentally sustainable options. The presentations came in the form of videos, animations, time-lapse Lego photography, screencasts, Google presentations, and the like. Needless to say, I was impressed by not only their creativity but how far they took their ideas, adding in details, demonstrating research, and really investing in their project prototypes and designs.

For our culminating engineering experience, we used kidwind wind turbines, which allowed students to use the engineering design process to explore different blade designs, gear ratios, and generators. After designing for several days, while documenting their data in collaborative Google Sheets, they were able to write up a report of their findings and results using digital charts to communicate their data visually. Based on the results of each team, they were allowed to choose one blade design that not only produced large electrical current output, but also yielded high torque.

Finally, they were ready for our wind turbine challenge. We ran the data from their challenge through a spreadsheet formula, using multipliers to balance the data from current flow and torque produced by their blade design with their specified gear ratio and generator type of choice. Although the challenge only yielded one winning team that maximized both torque and voltage output and out-produced their classmates, we were all successful because we experienced a complete process of learning. Everyone in PLTW Gateway learned something, especially me!

The Valuable Link Between PLTW and Student Groups