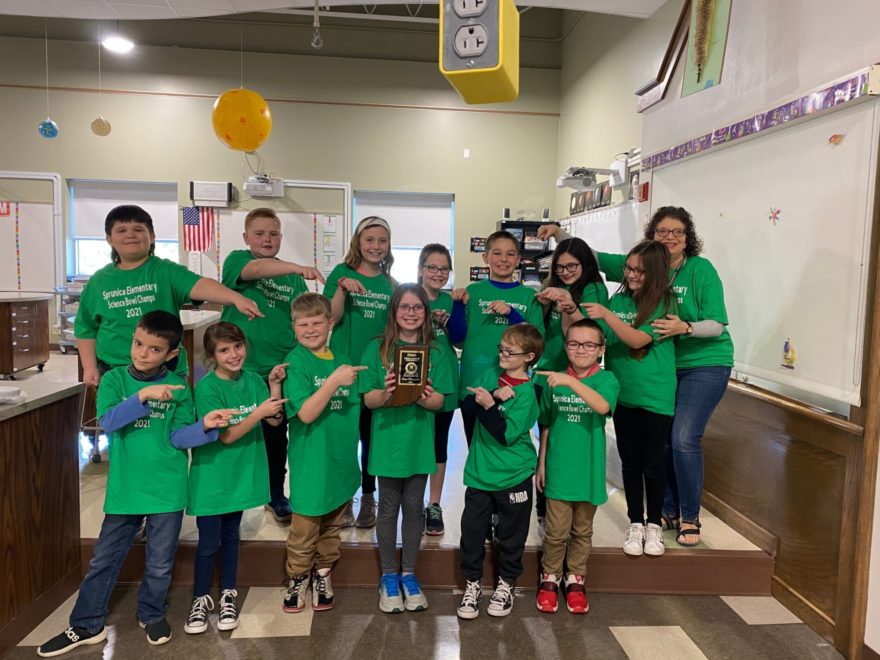 Do you ever dream of having students who jump at the chance to take risks, be strong leaders, and think beyond the standards?

PLTW Launch has been a dynamic part of assisting our students to be all that and more! We have been using PLTW Launch for two years as part of our science curriculum. In January, our Sprunica Elementary Science Bowl team received the distinct honor of winning the Indiana State Championship for the fourth grade division of the Indiana Science Bowl competition.

“I was very excited about our win,” Ela Robinette, a science bowl team member, said. “I loved how we could work together on questions in the team round and then on our own for the individual round for the competition.”

This team of fourth graders, who I have the awesome privilege of teaching, not only demonstrate academic excellence in their daily schoolwork, but exemplify all traits associated with excellence. The connection of having students see themselves as scientists who are able to understand science concepts and solve real world situations comes through in the PLTW Launch processes for engineering design and scientific inquiry.

Our science bowl team was able to use the thinking mindset and interpersonal skills developed in PLTW Launch to be successful. The program has aided in keeping our students inspired, engaged, and empowered to reach beyond the standards. I have incorporated the collaboration strategies used in the PLTW Launch modules in our science procedures at all grade levels.

The PLTW Launch professional development helped me incorporate and enhance strategies not only to use in our lab but also with the science bowl team. Our scientists in all grades see themselves as being problem solving learners and risk takers in our world.

From PLTW Launch modules and science bowl, several of our team members are excited about STEAM careers. “I would like to study land and discover new species in the jungle as a scientist,” Zander Dickey, another science bowl team member, said.

Another team member, Wyatt Sanders, said, “I am into engineering because I’ve been about motors all my life, and PLTW Launch has made me think of how things are put together and how it works.”