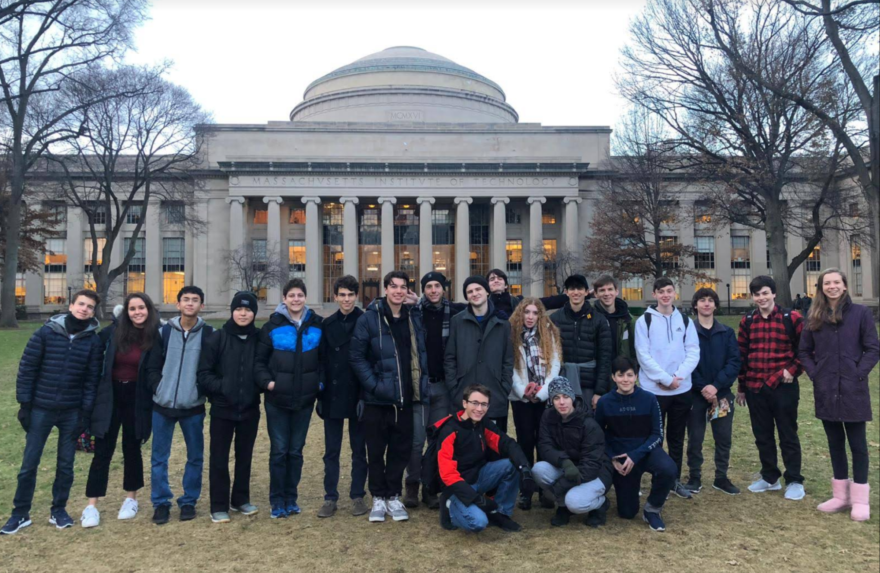 Students at Gulliver Preparatory School in Miami, Florida, had much to celebrate during Computer Science Education Week (CSEdWeek) earlier this month.

Our @CongressionalAC 1st place winners are @GulliverSchools students Jay, Daniel, Sebastian, & Ishan; the creators of Kickstart! Their app helps students develop new apps+dive into the field of #STEM. Congrats and thanks to all who participated in district #FL27. #HouseOfCode pic.twitter.com/tEq6n1X40V
— Ileana Ros-Lehtinen (@RosLehtinen) December 6, 2018

They won for their app called Kickstart, an online educational platform that aims to give all students in Miami-Dade County the opportunity to expand their knowledge in science, technology, engineering, and math (STEM) areas.

As part of the celebration, the students attended the Congressional App Challenge ceremony at the office of U.S. Rep. Ileana Ros-Lehtinen.

Other PLTW Computer Science students at Gulliver Prep celebrated CSEdWeek by presenting at computer science fairs held at Yale University and Harvard University – with a tour of Massachusetts Institute of Technology in between.

“The trip to Yale, MIT, and Harvard served as an opportunity for our students to get valuable, constructive feedback on their programming projects, while networking with other computer science students as well as professionals from the world's top technology companies,” says Dean Morell, a PLTW Computer Science teacher at Gulliver Prep.

He continues, “The work is not over for these amazing students. They will continue to enhance their programming skills while completing their service learning through the implementation of these wonderful apps."