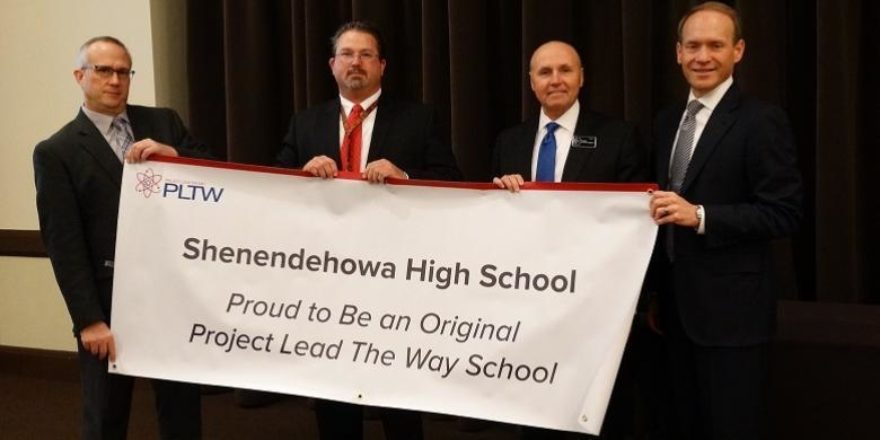 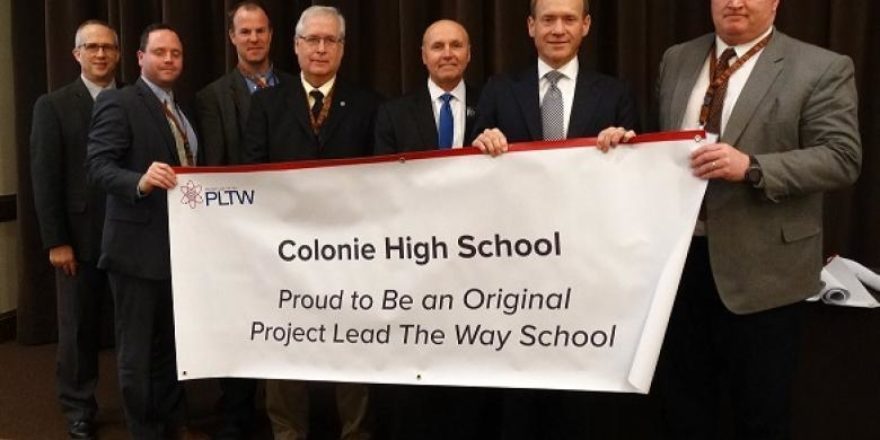 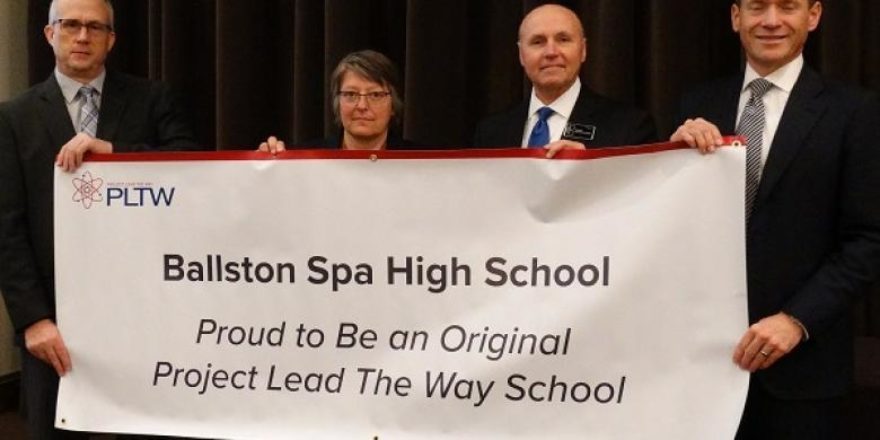 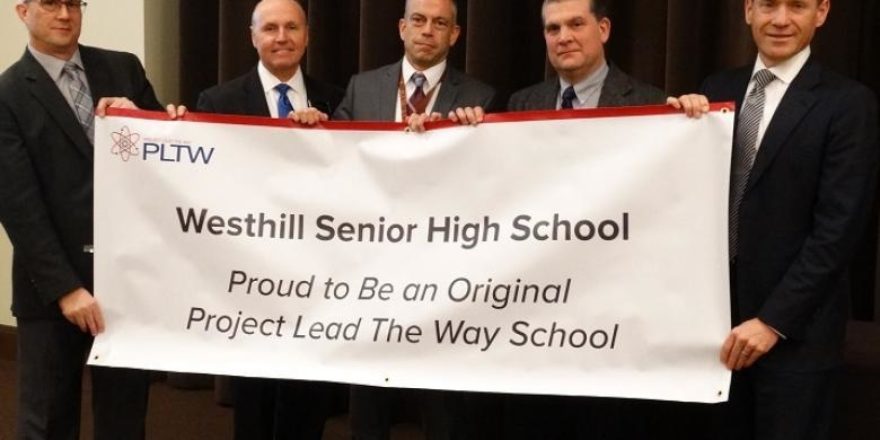 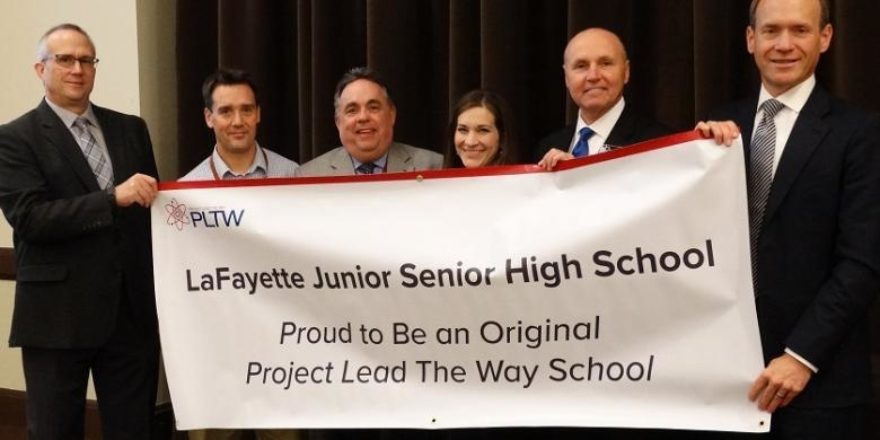 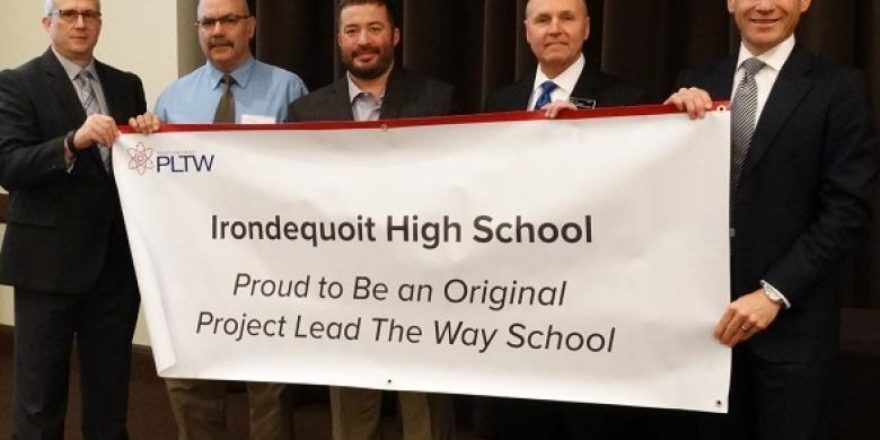 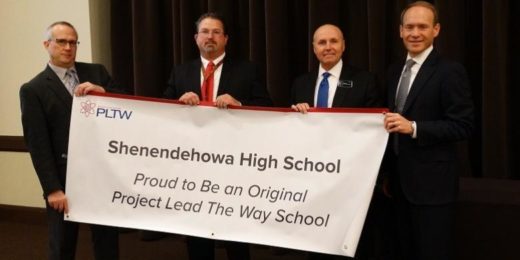 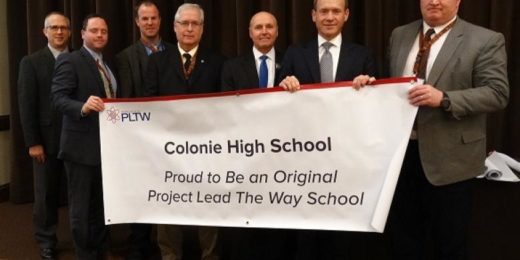 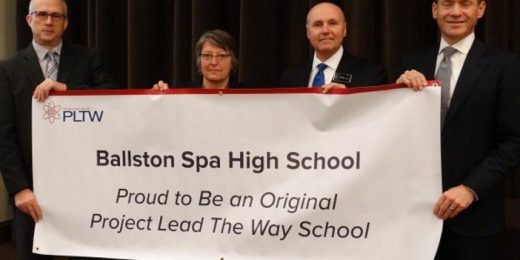 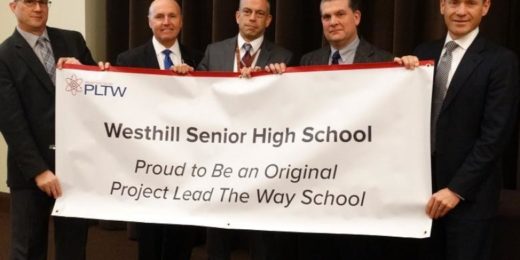 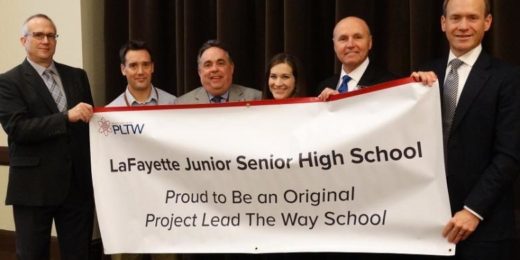 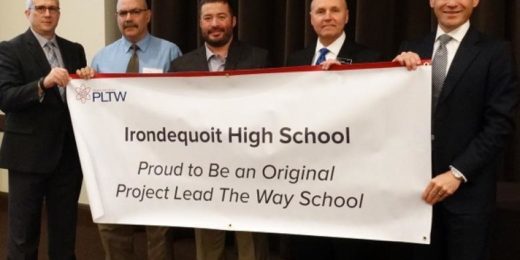 Learn how each school has played a part in the story of PLTW:

PLTW has had a profound impact on a segment of the student body at Colonie High School. Colonie was the pioneer site for PLTW’s Engineering Design and Development (EDD) course, and the graduating class of 1999 was the first in the nation that had the opportunity to take all five original PLTW Engineering courses.

The West Irondequoit Central School District continues to embrace and expand the opportunities it provides for students. Twenty years ago, support from then-Superintendent Glenn Wachter and dedication from instructors Scott Ertel and Dave Marshall enabled Irondequoit High School to build a PLTW Engineering program that has grown to serve 718 students this year.

PLTW programs are offered not only to high school students at Mohonasen High School, but expanded to the middle school level, as well, nearly 10 years ago. PLTW participation has only increased over the past two decades.

South Glens Falls currently offers PLTW Engineering at the high school and PLTW Gateway at the middle school. The three teachers at the high school provide instruction in IED, POE, CIM, CEA, EDD, and Biotechnical Engineering (BE). Paul Stoutenger is one of the original PLTW instructors and remains at South Glens Falls High School. The district was one of the first to offer PLTW Gateway in 2000.

The strength of the PLTW program at Westhill High School is evident because of the commitment of the teachers. Technology teacher John Pierce has been with the program since its inception. John, a PLTW Master Teacher, understands the importance of creating learning experiences that pique student interest, challenge them to actively engage in their learning, and expose them to real-world applications and experiences. Nearly 20 percent of the high school students are currently enrolled in at least one PLTW course.